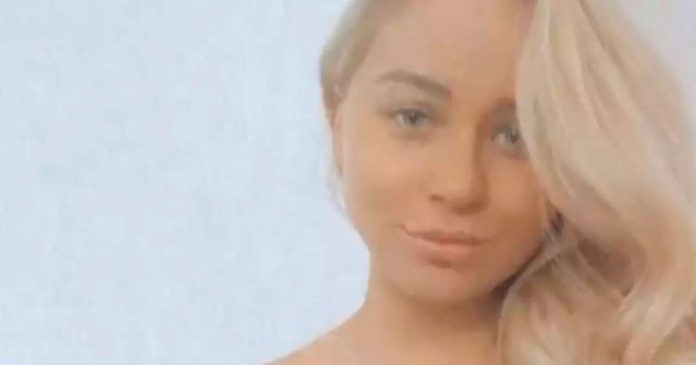 Melissa Reeves played a trick on those social media followers eagerly anticipating a baby announcement from her.
The Ex on the Beach beauty, 26, is awaiting the arrival of her first child, whose father is reported to be Huddersfield Town footballer Danny Simpson.
This week Melissa took to Instagram to tell fans she’d ‘had a sweep and was 2cm dialated’.
“I’ve had every sign of labour except for my waters haven’t broken & my contractions are irregular. They were regular enough to keep me awake most of the night but I am still only in the early stages of labour.
“I’m going to go for a long walk today, whilst eating some pineapple then maybe finish my day with a hot curry! Maybe speed things up.”
Days later Melissa returned to social media to share a video of her cuddling a bundle in her arms.
“Rockabyebaby,” she wrote in the caption, leading fans to feel she was showing off her new baby.

However, as the video went on the DJ revealed she was actually holding one of her dogs in her arms.
She’d wrapped the pooch up in towels after his bath and decided to prank her followers.
New mum Chloe Goodman responded with a string of laughing emojis.
Melissa, who appeared on MTV’s Ex On the Beach in 2015, made headlines in March when she revealed the father of her child.
It’s reported the dad is shamed footballer Danny Simpson, who was found guilty of assaulting a previous girlfriend.
Melissa and Danny are rumoured to have enjoyed a brief romance last year.
On Mother’s Day, Melissa shared a snap of her scan on her Instagram story, with the words “Baby of Melissa and Danny” printed on the top, reports The Sun.
The post has since been deleted.
Danny, 33, has not publicly acknowledged Melissa’s pregnancy, but friends say he is standing by her.

The power of touch Coordinates a poem by Maria Popova