Home Woman When You Are Your Parents’ Retirement Plan 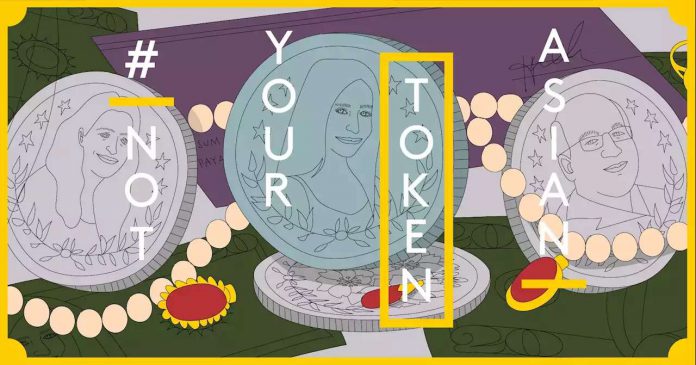 Asian-Americans are planning for their parents financial future without being sure they’ll ever be able to afford their own.

articles dating back to the 1970s are any indication
. But funding your mom and dad’s retirement when you doubt you’re ever going to be able to afford your own is a uniquely millennial problem.
Especially now, as the coronavirus pandemic has upended the global economy and triggered unprecedented levels of unemployment, many
millennials are facing tremendous job insecurity
, and no one’s retirement accounts are looking healthy. Millennial money coach Tori Dunlap has simple advice for all of us during this time, which she calls airplane finances: “You have to put your oxygen mask on before you can put anybody else’s on. Especially right now when we’re talking about really difficult financial times for a lot of people, you really need to make sure that your own finances are as good as they can be before taking care of others. That’s not selfish in any way.”
For Asian-American millennials whose families place tremendous value on taking care of each other, this may be easier said than done.
In a blog post titled
“How I got my Asian parents to accept my unconventional lifestyle,
” Shang wrote that her parents’ primary obligation after arriving in the U.S. was to their own parents: “The first thing they did was to send their graduate student stipends home to China to their impoverished parents.” Then, it was an obligation to alleviate their own daughter’s debt burden, by paying the full price of her college tuition. “There is this sense that I owe them,” she told me over the phone. Among other Asian-Americans we spoke to for this story, many feel obligated to save “three pools” of money — for themselves, their future children, and their parents — much in the way that Shang’s parents did.
Advertisement
That oftentimes means preparing for new roommates. Comedian Hasan Minhaj, whose parents immigrated to the U.S. from India, jokes about this in an episode of his Netflix show
Patriot Act
“Why We Can’t Retire,”
jokes that with collapsing and nonexistent safety nets, the cheapest way for America’s younger generations to care for their aging parents is to just let their parents move in with them — something children of immigrants have been prepared for “since day one.”
“In our culture, the parents typically stay with one of the children later on in life and I’ve always had the expectation that it’s going to be like that. Whether it’s with me or my sister, we’ll figure that out later,” says Jyot Batra, a 21-year-old college junior whose parents moved from India to the U.S. just before he was born. He says this expectation has made him think twice about his desire to pursue a career in public service, often wondering whether he ought to first go into consulting or finance for a few years to build a financial foundation. For people of color or from low-income backgrounds, he says, what looks like “selling out” by going into finance or consulting may actually be more of an obligation. Batra says that this is something he talks about with his peers at school all the time.  “Most people are like, ‘I have been poor my entire life. My parents are still working. I want to go into consulting, make that six-figure salary, and buy my parents a house. And
then
I’ll do what I’m passionate about.’”
Advertisement
For now, he says he’s “settled that internal struggle” and plans to stick to his public service goals — his last summer internship was in a congressional office. He plans to live in several different places before settling down after college, which is something he’s talked about with his parents. They won’t necessarily be living in the same city, but that he will send them money on a regular basis. “I just know that, longterm, everything will work out how it’s supposed to be.

Beyond the daunting prospect of having to save extra money, another hurdle may be a lack of open communication about it within families. Among many of those who spoke to Refinery29 for this story, most don’t know much about their parents’ current financial assets. “I have no idea” was a common refrain.
Knowing what questions to ask and how to ask them can be awkward, especially among Asian-American families for whom frank discussion about tough topics can be seen as a challenge to the authority and wisdom of elder family members. But asking your parents exactly how much money they have and where they have it is essential, says Morgan Newman, a financial advisor in New York City who works with clients in this situation. Additionally, it’s important to clarify your parents’ wishes regarding long-term healthcare in the event of an illness or accident, which can incidentally be a good way to ease into a conversation about their financial picture. Figuring out where your parents want to be physically — whether that just means living nearby or in the same house — and how you’ll share the burden with siblings are two other things best done early.
Advertisement
Millennials who have had these hard conversations are closer to figuring out concrete steps toward acting in alignment with their personal values on this front, even if the reality is scary.
“When you’re a new immigrant, you spend most of your money on supporting your kids, sending them to school, and giving them what they need,” says Riana Shah, a 27-year-old Indian-American who already sends money to her grandparents in India on a monthly basis, and plans to support her mom’s retirement in the United States. She says that she grew up knowing she’d be doing this, and that it determined her career path (she’s currently earning her MBA at MIT Sloan).
“My spouse is in a Ph.D. program and he’s going to be an academic and he doesn’t have the same pressure to support his parents,” says Shah. “And we have very different attitudes towards what a career means for us. My choices were a lot narrower and, for lack of a better word, pragmatic, while his were more passion-driven.” Still, Shah says her husband understands her familial obligations. And for millennial Asian Americans who haven’t yet found their partners, that understanding is a prerequisite.
“Your spouse has to be 100% on board with this,” says Pam Krueger, the CEO and founder of Wealthramp, an online financial advising service. “This is the kind of financial sacrifice that could make or break a marriage, if your partner views helping your mom as taking college money from the kids.”
“In some ways, I’m glad that I have this purpose that’s bigger than myself. [Without it,] I might wonder more about my existential purpose, which in itself is its own mental health-related issue,” says Shah. “And yet, there’s another part of me that does [think about] what I would be doing if I didn’t have to care about making money.”
If millennials are defined by anything, it’s that we’ve been raised — whether by immigrants or not — to expect that we’ll each find our own individual meaning and purpose in life. For Asian-American millennials, finding that personal purpose just may be secondary to the collective one that we’ve been born into. Supporting our families is the underlying motivation that affects the careers we pursue, partners we pick, and lives we lead. “For me, a large part of my drive comes from all the people in my life that I’m going to have to support moving forward financially,” says Shah. “It’s a blessing and a curse. ”
Advertisement

Liz Lemon and 30 Rock Are Returning to NBC In the...