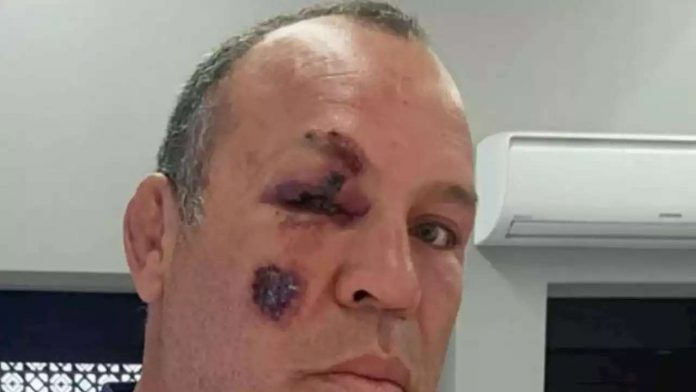 MMA legend Wanderlei Silva says he’s lucky to be alive after getting hit by a car — AGAIN — while riding his bike in Curitiba, Brazil.

says he’s lucky to be alive after getting hit by a car — AGAIN — while riding his bike in Curitiba, Brazil.
“I could even have died if I wasn’t wearing a helmet,” Silva told Brazilian media outlet
Tribuna
.
The 43-year-old legend was biking Wednesday across a large street with two traffic lights … when something went horribly wrong.
“The first one was green … but I cannot [be sure] if the second turned red in the process.”
Silva says he was thrown from his bike — suffering cuts on his face and a broken bone in his foot.
“People have to be more careful in traffic. It’s hard to ride bikes in Curitiba.”
If the story sounds familiar, it’s because Silva was also
while riding his bike to his gym in 2016.
Silva suffered major damage in that crash and required stitches on his leg.
Similarly, he credits his bike helmet for saving his life in that incident too.
Silva — aka The Axe Murderer — is 35-14 as a pro … with signature wins over guys like

Critic’s Notebook As ‘Handmaid’s Tale’ Loses Its Way Will Shows Like...

Do I Need a Sober Companion?