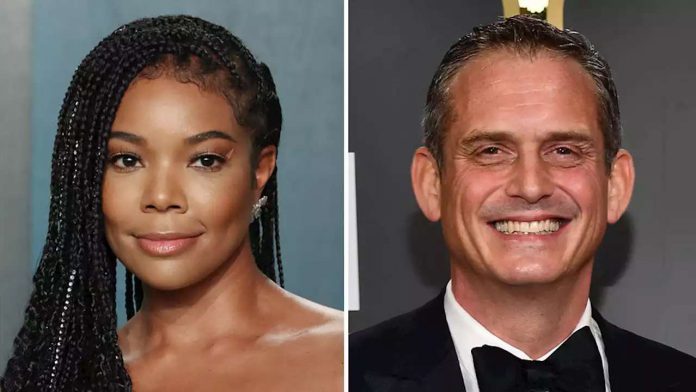 Despite a detail complaint from Gabrielle Union over alleged misconduct on and off the set of America’s Got Talent, a parsing NBC say today that NBC Entertainment Chairman Paul Telegdy never direct…

Simon Cowell
created series.
“The allegation that anyone involved in this process threatened Ms. Union is categorically untrue,” the Comcast-owned net said in a statement Thursday hours after Union’s harassment, discrimination and retaliation filing with California’s Department of Fair Employment and Housing
became public.
“We took Ms. Union‘s concerns seriously, and engaged an outside investigator who found an overarching culture of diversity on the show,” NBC added. “NBCUniversal remains committed to creating an inclusive and supportive working environment where people of all backgrounds are treated with respect.”
Related Story
Gabrielle Union Launches Discrimination Action Against Simon Cowell & Fremantle Over ‘America’s Got Talent’ Firing; Claims NBC Exec Paul Telegdy ‘Threatened’ Her Over Probe
Likely heading towards a lawsuit or arbitration, Cowell, Universal TV, Syco Entertainment and Fremantle Productions North America are all named in the complaint to the state agency.
A complaint that also claims that Teledy did directly call Union’s reps at CAA in February in what is characterized as an effort to allegedly “threaten and intimidate” the actor from pursuing her claims of racism on
AGT
. Sidestepping additional claims in the complaint that the probe was incomplete and mishandled, today’s NBC statement also does not address at all very serious claims that Telegdy breached corporate Code of Conduct rules. The executive is also said to have spoken about the investigation into Union’s allegations of “racist and misogynistic conduct” on
AGT
with “A-list talent with whom NBC was looking to hire” and others
When asked about the absence of such issues from their statement, a NBC spokesperson told Deadline that there would be “nothing further as we don’t comment on pending legal matters.”
In point of fact, the statement from the home of
AGT
today is actually in regards to words by Union’s lawyer and long-time NBC foil Bryan Freedman earlier Thursday not the actually filing, I hear.
A point that the veteran attorney made in his own response today to NBC’s response.
“It’s very telling that NBC fails to substantively address the DFEH complaint that Ms. Union filed based on racial discrimination,” stated Freedman. “Instead, NBC wants to try and play word games by saying that their Chairman ,Paul Telegdy did not directly threaten Gabrielle Union,” he adds.
“NBC of course ignores Paragraph 5 of the DFEH complaint which specifically states: On or about February 4, 2020, Telegdy threatened Union through her agent and warned Union’s agent that Union had better cease from pursuing her claims of racism while filming AGT.

“To hide behind the fact that Telegdy did not call her directly but her agent instead does not absolve him from his wrongful conduct,” Freedman goes on to say. “Should Mr. Telegdy wish to see phone records or call sheets from the date of his threat, we can make those available for the world to see. It is frankly sad but not surprising that, rather than addressing its own racial discrimination, NBC wants to try and avoid the systemic issues that permeate it’s company.”
Earlier today the lawyer had more blunt words for the situation.
“In sharp contrast to NBC’s recent statement on race, what was truly an “outrage” was the fact that Paul Telegdy, Chairman of NBC Entertainment, actually threatened Ms. Union in an attempt to silence her from telling the truth about racist actions that took place on the show,” Freedman said in his previous and now contested statement this morning. “There is no place for this type of racial bullying in the workplace, and it is going to take more than a Tweet from NBC to demonstrate that NBC intends to create an environment free from racism, the Century City-based attorney added.
Late last month, long after Union was fired from
AGT
on November 22, 2019
after just one season at the judge’s table, NBC and AGT producers put out a statement on their investigation on what may or may not have went down during Union’s one-season stint as a judge.
“Through the investigation process, it has been revealed that no one associated with the show made any insensitive or derogatory remarks about Ms. Union’s appearance, and that neither race nor gender was a contributing factor in the advancement or elimination of contestants at any time,” the Comcast-owned net, Fremantle and Syco declared
“The investigation has shown that the concerns raised by Ms. Union had no bearing on the decision not to exercise the option on her contract.”
Today’s DFEH filing took NBC and the other
AGT
parties to task for alleged misconduct with a timely reference to some very real world occurrences happening right now.
“Instead of taking Union’s complaints seriously and using them as a catalyst for real meaningful change, Telegdy, NBC, Fremantle and Syco seek to blame the victim, Union, in order to maintain the status quo,” Thursday’s detailed paperwork says. “The steps that Telegdy, NBC, Fremantle and Syco have employed to silence Union and to cover up racial discrimination on the set of
AGT

Paris Couture Fashion Week Looks Nothing Like It Used To

Nas to Release New Music With Hit-Boy Next Week