Home Woman Black Man Dies After Being Restrained by Minn Officer with Knee on... 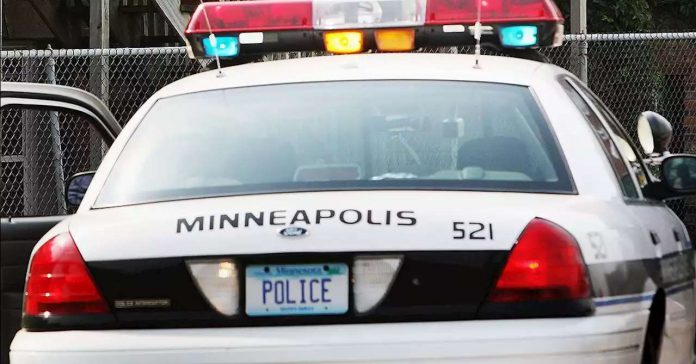 A police statement alleges the unidentified man resisted arrest, but says he was unarmed

Image zoom
Scott Olson/Getty
The FBI is investigating the death of a black man in police custody who was seen on video being restrained by a Minneapolis officer kneeling on his neck.
Minneapolis police had characterized the man’s death
as being the result of a “medical incident” before video circulated widely on social media showing the unidentified man’s arrest by two officers.
Get push notifications with news, features and more.
+
Following
You’ll get the latest updates on this topic in your browser notifications.
A statement from the department alleges that the incident occurred Monday evening outside the Cup Foods store, and that officers “responded to the 3700 block of Chicago Avenue South on a report of a forgery in progress.”
Police arrived to find “the suspect was sitting on top of a blue car and appeared to be under the influence. Two officers arrived and located the suspect, a male believed to be in his 40s, in his car. He was ordered to step from his car.”
The statement continues: “After he got out, he physically resisted officers. Officers were able to get the suspect into handcuffs and noted he appeared to be suffering medical distress. Officers called for an ambulance. He was transported to Hennepin County Medical Center by ambulance where he died a short time later.”
The man was unarmed, the press release notes.
In the
video
, an officer can be seen with his knee firmly placed on the back of the black man’s neck.

The suspect was lying on his stomach, next to a Minneapolis patrol car, and the officer appears to be placing his weight on the man’s neck.
The man groans in pain throughout the nine-minute clip, and repeatedly asks for help. He tells the officers that he cannot breathe and noting how “everything hurts.” Bystanders who shot the video tell the officers that they can see the man’s nose bleeding.
The bystanders ask the police to let up on the man, believing the officers were hurting him — even noting they might kill him. A second officer deflects those comments and then appears to mock the suspect, saying, “This is why you don’t do drugs, kids.”
Minneapolis Police have confirmed the FBI will be handling the case.
At a press conference Tuesday morning, Minneapolis Mayor Jacob Frey said “I believe what I saw … was wrong at every level,” adding, “Being black in America should not be a death sentence. He should not have died.”
Want to keep up with the latest crime coverage? Sign up for
s free True Crime newsletter
for breaking crime news, ongoing trial coverage and details of intriguing unsolved cases.
Minneapolis Police Chief Medaria Arradondo also spoke at the press conference, but did not address the video footage specifically.
The two Minneapolis officers involved in the arrest are on “relieved of duty status,” but are still getting paid, Arradondo said.
Community activists are planning to protest Tuesday night.
Close

The new exercise guidelines Any changes for you? – Harvard Health...

Venus Williams Is Bringing Back a Major ’90s Hair Trend