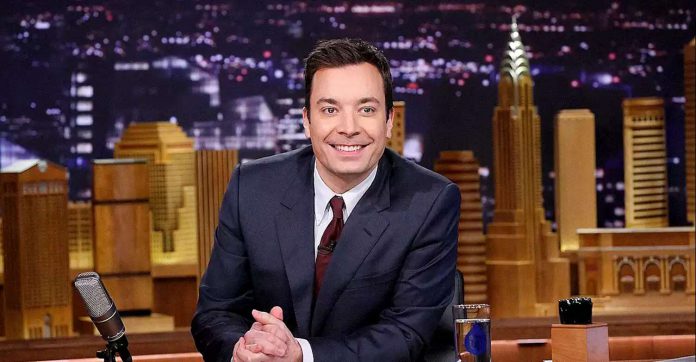 Chris Rock
.
The hashtag #jimmyfallonisoverparty was trending on Tuesday while users called out the NBC late-night host for the sketch, in which Fallon did an impersonation of the former
SNL
cast member (Rock was on the show from 1990 to 1993).
“In 2000, while on
SNL
, I made a terrible decision to do an impersonation of Chris Rock while in blackface,” Fallon wrote. “There is no excuse for this. I am very sorry for making this unquestionably offensive decision and thank all of you for holding me accountable.”
?s=20
, the clip was resurfaced by the Twitter user @chefboyohdear, who wrote: “NBC fired Megyn Kelly for mentioning blackface.

Jimmy Fallon performed on NBC in blackface.” The video has racked up nearly 1 million views.
Here’s the clip, which costars Darrell Hammond:
Previously, comedian Sarah Silverman was criticized for wearing blackface during a sketch from a 2007 episode of
The Sarah Silverman Show
. Also, as referenced in the tweet, NBC canceled
Megyn Kelly Today
after blackface controversy in 2018.
Rock and NBC have not publicly commented on the sketch. Rock will next be seen in a dramatic role in FX’s
Fargo
season 4, which is expected to resume filming later this summer and premiere this fall.
Related content:

Gangs of London’s Pippa Bennett Warner ‘There was never a conversation...