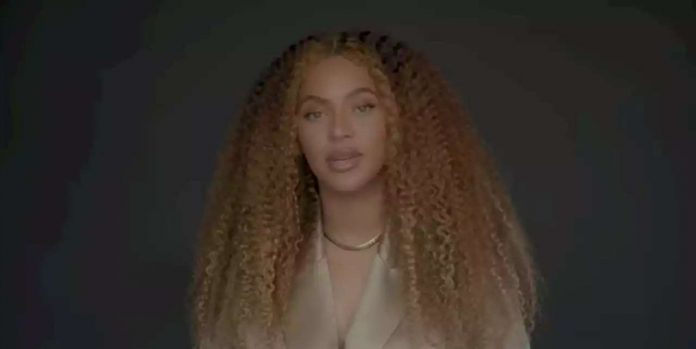 and her own experiences in overcoming prejudices to get to where she is today.
The star joined YouTube’s
Dear Class of 2020
series to pay tribute to those graduating without an actual ceremony due to the Coronavirus pandemic.
‘You have arrived here in the middle of a global crisis, a racial pandemic and worldwide expression of outrage at the senseless killing of yet another unarmed black human being. And you still made it. We’re so proud of you.
‘Thank you for using your collective voice and letting the world know that Black Lives Matter.’
The entertainer said ‘real change’ starts with the new generation of high school and college graduates before reflecting on some of her own career experiences to inspire ambitious future leaders.
‘There was a pivotal turning point in my life when I chose to build my own company many years ago. I had to trust that I was ready and that my parents and mentors provided me with the tools I needed to be successful. That was terrifying. The entertainment business is still very sexist, male-dominated and as a woman I did not see enough female role models.
Kevin Mazur
Getty Images
‘… Not enough Black women had a seat at the table so I had to go and chop down that wood to build my own table. Then, I had to invite the best their was to have a seat, that meant hiring women, men, outsiders, underdogs, people that were overlooked and waiting to be seen.

Beyoncé continues to say one of the main focuses of her art has been to show Black beauty and ‘the value of Black lives’ to the world – evident in her
Lemonade
album, 2016 Super Bowl performance, headline 2018 Coachella performance and more.
‘If you’ve ever been called dumb, unattractive, overweight, unworthy, untalented well so have I,’ the mother-of-three continued. ‘Don’t let negativity of people projecting their own self-doubts deter you from your focus… Now is the time to turn those criticisms into fuel and motivation to become a beautiful beast.’
The star continues to say the secret to success is to put in hard work, which might mean more failures than victories, remarking that while she’s won 24 Grammy awards she has lost 46 times.
‘Please don’t ever feel entitled to win, just keep working harder,’ she affirmed.
This content is imported from YouTube. You may be able to find the same content in another format, or you may be able to find more information, at their web site.
50 ) { obj.snippet.title=obj.snippet.title.substring( 0, 50 ) +”…”; } %>
Barack and

Want to Try the Ab Wheel? These 4 Moves Will Challenge...

Slayyyter Live A Star in the Making