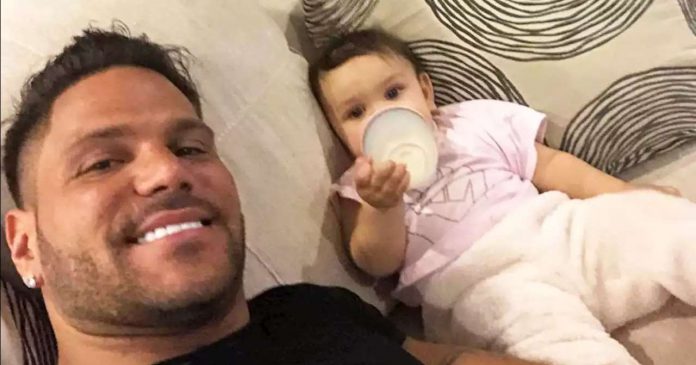 Ronnie Ortiz-Magro played with his 2-year-old daughter, Ariana, at the pool following his domestic violence case against his ex Jen Harley — details

Ronnie Ortiz-Magro and his Daughter Ariana.
Courtesy of Ronnie Ortiz-Magro/Instagram
“Ron would love nothing more than to see his daughter,” the insider said at the time. “That’s his top priority, and he misses her every single minute he isn’t with her. He can’t wait until he is legally able to be with her again.”
Days after accepting the plea deal, Ortiz-Magro revealed via Instagram on May 4 that he had
reunited with Ariana
. He shared a picture of himself in the car with his daughter, who was being “cranky as usual” in the backseat. “Doesn’t miss a beat,” he wrote. “I love her.”
Listen on Spotify to Us Weekly’s Hot Hollywood as each week the editors of Us break down the hottest entertainment news stories!
For access to all our exclusive celebrity videos and interviews –