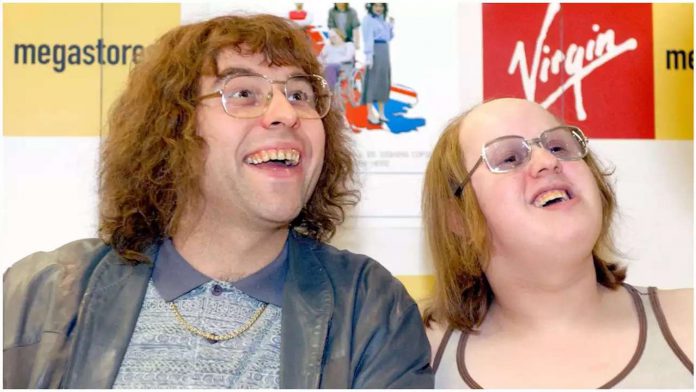 Streamers Netflix, BBC iPlayer and BritBox have removed comedy series “Little Britain” from their platforms amid concerns about its use of blackface for certain characters. Variety has confirmed th…

” from their platforms amid concerns about its use of blackface for certain characters.
Variety
has confirmed that Netflix pulled the BBC series, which was written by and stars Matt Lucas and David Walliams, on Friday. Netflix has also dropped the comedians’ airport mockumentary “Come Fly With Me.”
BBC iPlayer and BritBox have also ditched “Little Britain” from their platforms this week.
A BBC spokesman told
Variety
: “There’s a lot of historical programming available on BBC iPlayer which we regularly review. Times have changed since ‘Little Britain’ first aired, so it is not currently available on BBC iPlayer.”
BritBox also confirmed that “Little Britain” was no longer on the service, adding that “Come Fly With Me” had not been available for six months.
“Little Britain” first aired in 2003, while “Come Fly With Me” debuted in 2010. Both series saw the comedians play characters from different ethnic backgrounds with the use of make-up.

In “Come Fly With Me,” Lucas and Walliams wore make up for characters including airport worker Taaj, passenger liaison officer Moses Beacon, and airline boss Omar Baba while Walliams also starred as health-spa guest Desiree Devere in “Little Britain.”
The decision to drop the shows comes amid heightened awareness of issues around representation following widespread anti-racism protests sparked by the killing of George Floyd.
Lucas has previously expressed regret for playing Black characters in “Little Britain.”
The comedian told the “Big Issue” magazine in 2017: “I wouldn’t make that show now. It would upset people. We made a more cruel kind of comedy than I’d do now.
“Society has moved on a lot since then and my own views have evolved. There was no bad intent there – the only thing you could accuse us of was greed. We just wanted to show off about what a diverse bunch of people we could play.”

Chance the Rapper Bets Once More on Nostalgia

Still On? Stassi Schroeder and Beau Clark’s Wedding Everything We Know