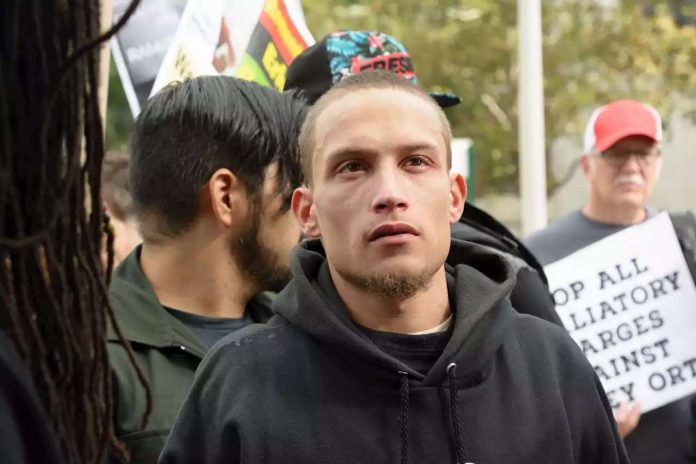 Orta, who had been serving four years on gun and drug charges, was given early release because of the COVID-19 pandemic

’s 2014 arrest that lead to death by police chokehold — was released from prison on May 28th. Orta’s fiancée, Deja Richardson, confirmed the news to
Rolling Stone
via email; a Department of Corrections and Community Supervision spokesperson also confirmed his release. His prison sentence is officially over on July 11th; after that, Orta will remain under court supervision until January 2022.
The DOCCS spokesperson also said that they are currently reviewing the incarcerated population for candidates for early release in light of the COVID-19 pandemic. Currently, 898 individuals have been moved back into the community.
Orta was sentenced to four years in prison in 2016 for possession of a weapon as well as drug charges, according to the
New York Daily News
.

In July of 2014, Orta, then 22, recorded cops as they approached Garner near the Staten Island Ferry Terminal and accused him of selling loose cigarettes. One officer, Daniel Pantaleo, put his arm around Garner’s neck and pulled him to the ground. Garner repeatedly told officers that he couldn’t breathe and died soon after the altercation. The video that Orta shot set off a wave of protests and inquiries into police practices. “I Can’t Breathe” became a phrase history has not forgotten. Pantaleo was fired in August of 2019 without pension,
, after being found guilty at a disciplinary trial for using a chokehold on Garner.
Related

‘Jessica Jones’ Showrunner on Netflix Cancellation ‘This Was Clearly a Business...

Demi Lovato Calls Kelly Clarkson 39 First Idol I Ever Had...