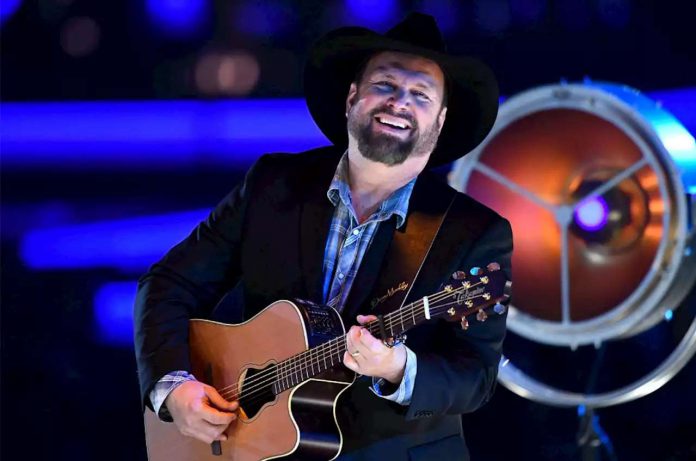 After being forced to postpone shows this year, Garth Brooks is reshuffling things.

EMAIL ME
Kevork Djansezian/Getty Images for The Recording Academy
Garth Brooks performs onstage during MusiCares Person of the Year honoring Dolly Parton at Los Angeles Convention Center on Feb. 8, 2019 in Los Angeles.
fans were surely disappointed when the country giant was forced to postpone his planned 2020 concert dates due to the COVID-19 pandemic. Garth gets it, so on Thursday morning (June 11) he announced on
Good Morning America
that he’s going to make it up to them by putting on a nationwide gig that will help bring everyone together.
Brooks said his team had been approached”100 times” with the idea of doing a show in a big field in which fans would drive up in their cars to be appropriately distanced, but the logistics of it just never worked out. Then someone came to him with the suggestion that they put a show into 300-400 drive-in theaters across the nation if he would create a show just for them.
“We can have families jump in the car, come out on Saturday night and it’s pretty cool,” Brooks said of the June 27 show.
Tickets for the gig
go on sale on June 19 and they’ll cost $100 per car/SUV. “I am so excited to get to play again. I have missed it so much and want to get back to it,” Brooks said in a statement.”This drive-in concert allows us all to get back to playing live music without the uncertainty of what would be the result to us as a community.

This is old school, new school, and perfect for the time we are in.” Brooks estimates that there will be 250-300 tickets sold per venue.
“This is the perfect way for us to still get to play music and still follow all the rules we’re under right now,” Brooks said.
Encore Live, the company behind the Brooks show, has partnered with health experts to come up with safety protocols for the gig, which include maintaining six feet of distance between vehicles, limiting restroom capacity, contactless payment and ticketing and employees wearing personal protective equipment.
“Families need safe entertainment options that they can enjoy together this summer,” Walter Kinzie, Encore Live’s founder and chief executive officer said in a statement.”We’re excited to partner with Garth, who’s already done so much to help the entertainment industry during these tough times, to provide a truly unique and incredible concert that will do a whole lot of good for local businesses and communities.”
Brooks has been leaking out songs from his long-awaited
Fun
album — including”Party Gras” and”That’s What Cowboys Do” last mont — and he said”when things start to kick back up and everyone can smile again” he’ll release the full project. Tickets will go on sale at noon ETon June 19

The real reason we set off fireworks on the Fourth of...

What cooking can teach us beyond the kitchen