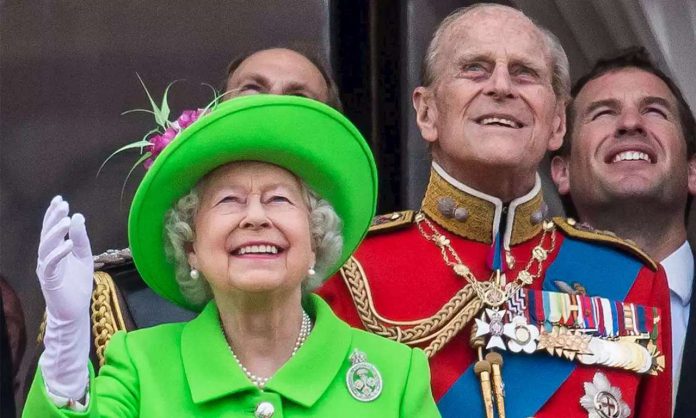 June 11, 2020 – 14:10 BST Danielle Stacey Buckingham Palace has confirmed plans to mark the Queen’s official birthday on Saturday 13 June but Trooping the Colour will not take place in its traditional form this year. Due to the ongoing coronavirus pandemic, a small, brief, military ceremony will take place at Windsor Castle instead, where Her Majesty has been isolating since March. The scaled-down event, which will be televised on the BBC, will be conducted in accordance with strict social distancing guidelines
READ: The only time the Queen has missed Trooping the Colour
Loading the player…
WATCH: The Queen takes part in first video call with Princess Anne
Saturday’s ceremony will be carried out by a detachment from the 1st Battalion Welsh Guards, whose Colour was due to be trooped this year at the Queen’s birthday parade on Horse Guards. The Welsh Guards are currently stationed at Windsor Castle, and have played a key role in the military response to the Covid-19 pandemic over the past months.
The military ceremony will take place in the presence of Her Majesty and upon her arrival in the Quadrangle, the Queen will be greeted by a royal salute. A series of military drills will then be carried out as the band plays, and the ceremony will conclude with a second salute before the Queen’s departure.

The scaled-down ceremony will take place at Windsor Castle
Usually, the Queen and members of the royal family take part in a carriage procession from Buckingham Palace to Horse Guards parade to watch the military ceremony. The royals then gather on the balcony of Buckingham Palace to watch the fly-past.
The event has always drawn large crowds to The Mall and surrounding areas in London, but this year members of the public are being asked not to attend nor gather in Windsor town centre in the hope of seeing any of the ceremony, which is taking place behind closed doors.
MORE: The Queen asks the public for just one thing on her birthday

Trooping the Colour usually takes place in Horse Guards in London
The 94-year-old monarch has been carrying out her royal duties and weekly audiences with the Prime Minister Boris Johnson remotely by telephone during lockdown. Buckingham Palace released footage from the Queen’s first video call with the Princess Royal on Thursday, where they spoke to a group of carers.
Make sure you never miss a ROYAL story! Sign up to our newsletter to get all of our celebrity, royal and lifestyle news delivered directly to your inbox.

19 Confessions About Sex and Desire During the Pandemic That Will...

Twitter Is Obsessed With Beyonce’s Black Is King’ Visual Album