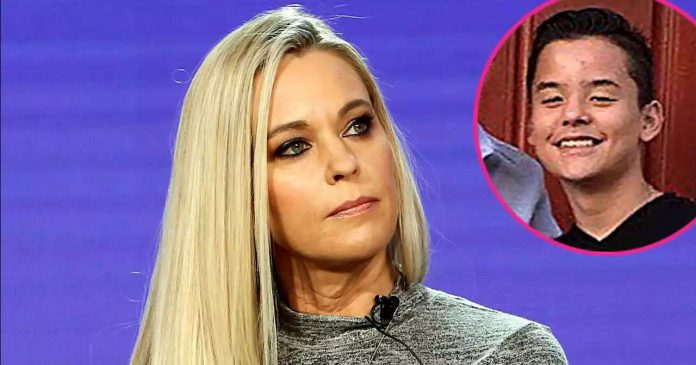 and her son Collin have been through their fair share of ups and downs over the years.
The
Kate Plus Date
star welcomed Collin and his sextuplet siblings — Alexis, Hannah, Aaden, Leah and Joel — in 2004 with her now-ex-husband,
. The little ones joined twins Madelyn and Cara, who arrived four years earlier.
The reality stars, who tied the knot in 1999,
a decade after their nuptials and began battling for custody of their children.
“Parents of multiples have triple the divorce rate,” Kate said during a May 2009 episode of
Jon & Kate Plus 8
. “I was thinking we were going to beat that. I don’t know if I can say that anymore.”
While the former couple were granted shared physical custody of their kids, Jon revealed in 2016 that he