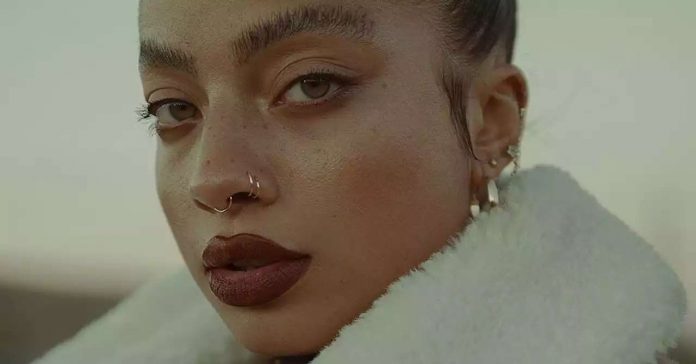 ‘People have made me feel like I wasn’t enough of anything,’ she says about being mixed

Get push notifications with news, features and more.
+
Following
You’ll get the latest updates on this topic in your browser notifications.
“I hate being stuck inside for this long as everybody else does,” the 23-year-old tells PEOPLE. “I was super productive for the first two weeks and felt really good. And then I kind of hit a wall and played a lot of
Animal Crossing
and did nothing.”
“Today, I’m making the decision to be better than I was yesterday,” she says with a laugh.
The
outbreak completely shifted Ledé’s debut album dropping and touring plans, but she says “everything worked out exactly how it should have.”
Image zoom
Kiana Lede
Joseph Collier
RELATED: Justin Bieber Gets Candid With Hailey Baldwin About Depression: ‘People Look At It Like A Weakness’
“It was definitely not how I expected to drop my debut album but I feel like for how weird the world was at the time and how crazy everything has been, it was a really amazing turnout,” she says. “I knew that it was going to be something that was life-changing but I did not expect this.”
Ledé’s album
Kiki
dropped on the singer’s birthday, April 3 — and soon skyrocketed to the top of streaming platform’s charts, including hitting
No. 30 on the Billboard 200
chart.
“Kiki the album is an ode to a black/brown Aries in her early 20s using R&B as a cathartic release,” she says.
The album became the culmination of years of struggles. Ledé moved alone to L.A. from Phoenix to pursue her career in music at just 16, before being dropped by a label and falling into a state of depression for six months. Since then, the singer has dropped four EPs, Kiki and acted in shows
Scream
All About the Washingtons
.
And while she has been focusing on her music, the singer reveals, “I’m definitely gonna go back to acting.”
Ledé explains that working in the entertainment industry has set “a lot of pressures” to fit into a certain mold.

“I’m black, Mexican, Native American and white,” she says. “I have always felt every single one of those things every single day, but people have made me feel like I wasn’t enough of anything.”
RELATED VIDEO:
Go Behind the Scenes of Kelly Rowland’s New Music Video in Exclusive Video
“It’s really easy to get caught up in everything that people, especially white people, think that black people should look like, talk like,” she adds. “And I just want to educate people and have them realize that every single thing I am is real and identify with it and it’s not just one.”
The “EX” singer explained that her mother’s father was deported before her mother was born and she lost touch with her Mexican roots and family because of it.
“It’s painful to see what’s going on in our country,” she says of the immigration issues affecting the U.S. “I wish that I would have known [my mom]’s family. And I wish I was more in touch with my culture.”
Image zoom
Joseph Collier
The singer is joining 1800 Tequila’s Live From Inside series, which encourages fans to stay home. The series — which features at-home performances by
Lauren Jauregui
, Boogie and Chika — also contributes a dollar per view for Music for Relief, an organization aimed at helping those in the music community affected by the coronavirus outbreak.
“I think this experience is such a good way to be able to stay connected with people,” she says. “I was supposed to go on tour and with these cancellations, there are a lot of people who are out of work right now.”
“There are a lot of venues that are struggling really hard to stay open so I think this is a great opportunity to not only be able to stay connected with fans but also help the hospitality people, the venue and performers and musicians,” she adds.
Ledé will perform in partnership with 1800 Tequila on her own Instagram,

Bachelor’ Alums Flock to Resort Where Season 25 Is Supposedly Set...