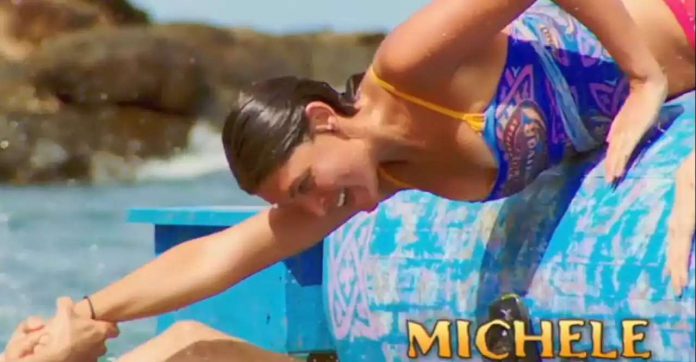 Survivor
stopped airing the famous opening credits sequence that kicked off every episode. There was simply too much material and footage to cram into only 43 minutes of running time, so things like the main title sequence and “previously on…” segments were — not unlike the contestants themselves — tossed overboard.
But at least they lived online. EW has been proud to exclusively bring those open credits to fans each and every season. But then, with production focused on producing the, you know, actual episode, there was no time to come up with main titles for season 39, or the current season 40… until now!
The biggest season in
Survivor
history simply would not have felt complete without a classic opening credits sequence full of dramatic slow-motion shots of people swimming in the ocean, yelling while paddling, snatching objects in mid-air, and, of course, breathing heavily.

And now that sequence for
Survivor: Winners at War
is finally here!
Feel free to search for hidden meaning and clues throughout. (Sarah is shown first in the montage. Does that mean Sarah wins? What does that mean? Why is Sarah first?!?) Plus: Who got the best and worst shots? Did that hurt Michele when she was pulled over the barrel? Is Adam happy they chose a shot of him actually
grabbing
the key? So much to study and discuss and debate, it’s like the freakin’ Zapruder film for the reality TV generation. So stop reading this nonsense and get to watching the main titles for yourself at the top of the post. And then get ready for Wednesday’s season finale on CBS.
Also make sure to check out 10 former
Survivor

My Life Has Never Been Worse But My Skin Has Never...