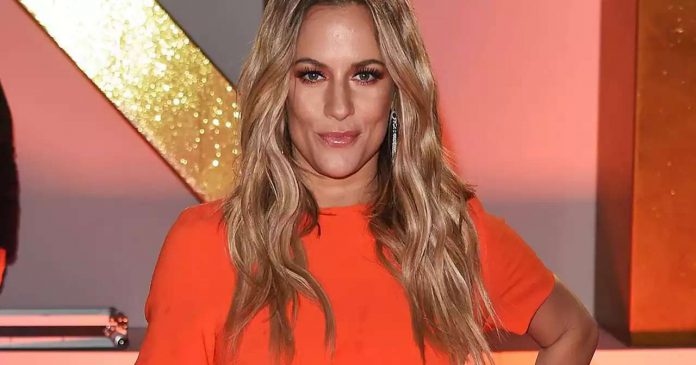 Caroline Flack was already a hugely successful television presenter when she took part in the 12th series of Strictly Come Dancing.
But her bright and bubbly personality, as well as her stunning dance moves on the ballroom floor made her a firm favourite with fans.
Caroline and her professional dance partner Pasha Kovalev went on to victory in the hit BBC show – and no one seemed more surprised than the Love Island star herself.
During her time on Strictly, Caroline seemed full of energy, smiles and warmth – but behind the scenes she was battling inner turmoil.
The X Factor host had been dating music manager, Jack Street, for 18 months when she took to the Strictly dance floor.
But during her time in the show, the couple split and there were rumours he had become close to Glee actress, Dianna Agron.
Determined to put on a brave face, Caroline wore her best smile and took to the dance floor for a live show just days after finding out.
It was the semi-finals and Caroline didn’t want to let her fans down. However, she made a mistake with her steps – and was devastated.
In her 2015 autobiography, Storm In A C-Cup, she wrote that only pro partner Pasha “knew the reason. My private life was in shreds”.
Despite her personal troubles, Caroline was a popular contestant on Strictly with both the fans at home and other celebs and dancers taking part.
Former Strictly pro Kristina Rihanoff told Good Morning Britain: “During the show she always appeared as bubbly sweet happy. everyone loved working with her. always ways had a smile on her face.”
And Caroline was elated when she was crowned champion and lifted the Glitterball trophy.

She and Pasha achieved perfect scores in all of their dance routines in the final – the first time a couple on Strictly had been awarded a clean sheet of top marks.
At the time, Caroline said: “This has been the best experience of my whole life, mostly because of Pasha, but also because of the other contestants. I’m so lucky to get to know this incredible bunch of people.”
Video Loading Video Unavailable Click to play Tap to play The video will start in8Cancel Play now But after everything Caroline had been through, it was an overwhelming moment.
She later said: “I couldn’t get up and just couldn’t pick myself up at all that next year.
“I felt ridiculous, being so sad when I’d just won the biggest show on telly.
“However, I felt like I was being held together by a piece of string which could snap at any time.”
Caroline later this admitted was the start of a heartbreaking spiral into depression.
Best selection of showbiz long reads She was prescribed anti-depressants but said they left her feeling “numb” and she came off then because she felt she had become too reliant on the medication.
Caroline went on to have huge success, presenting the X Factor and then Love Island.
And four years after she lifted the Glitterball trophy, she returned to the Strictly dance floor when she took part in the Christmas special with Gorka Marquez.
JLS singer, Ashton Merrygold, was crowned the eventual winner but Caroline insisted “my Glitterball still has pride of place in my living room”.
Tragically, Caroline took her own life earlier this year.

Watermelon ketchup is going to

Every Time the Jonas Brothers