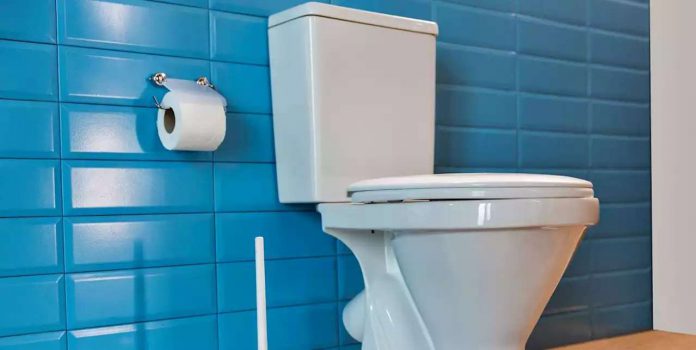 The researched, published this week in the journal
Physics of Fluids
coronavirus
uses the toilet (for a number two), the flush may generate a cloud of infected aerosol that lingers in the surrounding air.
As the next person enters the cubicle, the concern is that they might inhale these invisible droplets and become infected themselves. Alternatively, the droplets may land on surfaces within the toilet cubicle, where we know the virus can survive for several hours. If these surfaces are touched, and the person goes on to sub-consciously touch their eyes, nose, or mouth, the infection can then be ingested.
SCIENCE PHOTO LIBRARY
You might be thinking right about now:
how on earth can a person’s
poo
transmit coronavirus, when it’s a respiratory virus?
The answer is, human coronaviruses (the specific group of viruses that
COVID-19
belongs in) are known to be characterised by faecal–oral transmission.”It can be concluded that faecal–oral transmission is not a unique feature of the currently raging SARS-CoV-2 but a common transmission channel for most viruses,” reads the new study.

In real terms, what ‘faecal–oral transmission’ means is when pathogens in faecal particles (poo particles) pass from one person to the mouth of another, generally as a result of inadequate sanitation and poor hygiene practices. But the toilet’s flush mechanism also plays a role in faecal-oral transmission, as the research found that between 40% and 60% of particles rose above the toilet seat”to cause large-area spread”.
The particles – which could contain infection if a confirmed COVID-19 case were to have gone for a poo in the toilet – were discovered to reach heights of 106.5cm from the ground (almost 3.5 feet).
The researchers concluded:”According to the characteristics of faecal–oral transmission, there will be a large amount of viruses within a toilet when a confirmed case uses it. Thus, toilets should be regarded as one of the infection sources.”
GK Hart/Vikki Hart

Ask a Beauty Editor Can I Use Redness-Reducing Products Even If...

Silky highlighters are the effortless shortcut to glow when your skin’s...