Home Woman The Touching Reason Lady Gaga Gave Her Jacket to a Fan in... 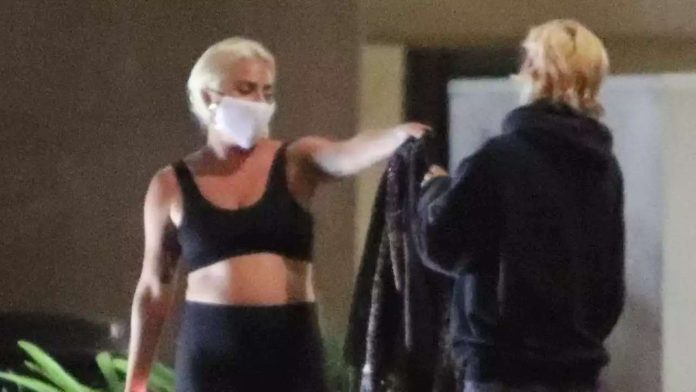 ‘I couldn’t have been more thankful to have met someone as sweet and caring and compassionate and just an overall beautiful person as her,’ the fan said of Gaga’s kind gesture.

View Story
According to McKee, Gaga, who was out with her boyfriend Michael Polansky, was so moved by McKee’s story that she decided to give her a token of her gratitude.
“As I was telling her the story about my friend, she took off her jacket and was like, ‘You loved my jacket so much. Here. It’s yours. Put it on right now. You be badass with it now,'” McKee recalled.
McKee later opened up about her special encounter with Gaga in an
Instagram video
, calling the Oscar winner the”most loving woman [she has] ever met.”
“I couldn’t have been more thankful to have met someone as sweet and caring and compassionate and just an overall beautiful person as her,” McKee said in the video.

I wanted to cry because it was so heartfelt in that moment. I have been a fan of hers since I was in high school. Timing is everything. I truly believe in this moment of time … it needed to happen.”
“She truly is the most kindhearted person ever met hands down,” McKee wrote in the post’s caption.”And I couldn’t have thanked her enough for this jacket.”
Got a story or tip for us? Email TooFab editors at

The secret to nailing perfectl

Glossier’s First Launch of 2020 Has Arrived