Home Woman Will your child get free tutoring to catch up on their school... 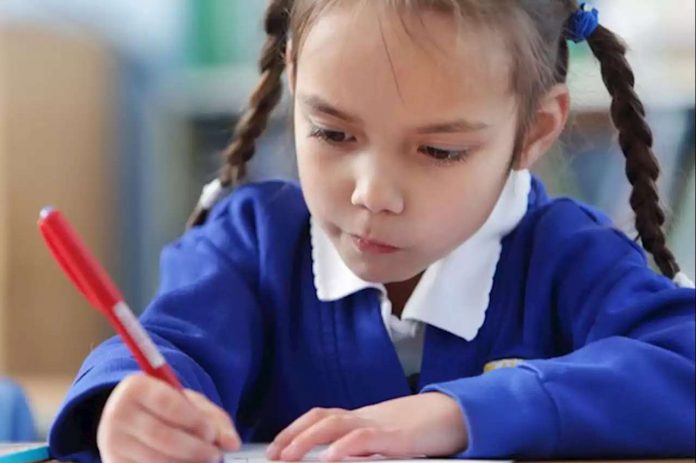 The Government has announced £1bn fund to provide free extra tutoring to children in English schools – so will your child be eligible and when will it happen?

\nSchools in England are to receive \u00a3650m plus a further \u00a3350m has been allocated for tutoring, to enable children to catch up on education they\u2019ve missed during lockdown.\nWhich children will be eligible?\nLocation \u2013 Firstly, this is just for English schools and does not include schools in Scotland, Wales and Northern Ireland as these have different educational authorities.\nSchools not nurseries or colleges \u2013 This fund is for state primary and secondary schools only and not available for nurseries and early years providers. It\u2019s also not available for colleges for 16-19 year olds.\nThis fund is being directed towards the most disadvantaged pupils and children who schools believe most need it. There are two parts of the fund:\n\u00a3350m fund\nThis fund will provide subsidised tutoring through a new programme starting in September 2020. According to The Guardian, this will enable schools to pay around \u00a312 per hour for private tutoring rather than \u00a350 per hour currently charged by many private companies.\nWho will get this? This will focus on disadvantaged children \u2013 with a focus on those who currently qualify for pupil premium. According to a Government briefing paper The Pupil Premium from February 2020 there are currently 2.04 million children eligible for some form of Pupil Premium.\n\u00a3650m fund\nThis fund is being allocated directly to schools who will be involved in the decisions on how this is spent within their own schools to help children catch up.\nWho will get this? The fund will be directed to those children who are most in need \u2013 identified at school level. Final details are still to be agreed but school head teachers are hoping they will have control over how these funds are spent.

It\u2019s likely that it will be used to fund small tuition groups \u2013 providing a higher percentage of teaching staff per pupils or longer school days \u2013 across the next academic year.\nWill there be a summer catch-up scheme?\nAlthough this has been mentioned previously, the Government has now confirmed that there will be no official summer catch-up scheme. However, it may be possible for schools to set up a summer teaching scheme using their portion of the \u00a3650m fund.\nHow many pupils will this be shared with?\nAccording to Dept of Education data from 2019, there are around 8.1 million pupils across over 20,000 English state primary and secondary schools. (This does not include independent schools who won\u2019t receive the funding, nor special schools.)\nIf the \u00a3650m fund was shared equally across 8.1 million children, this would equate to around \u00a381 per pupil.\nIf the \u00a3350m fund is to be directed to the 2.04 million children who qualify for pupil premium, this would equate to around \u00a3171.57 per pupil.\n\u201cThis package will make sure that every young person, no matter their age or where they live, gets the education, opportunities and outcomes they deserve, by spending it on measures proven to be effective, particularly for those who are most disadvantaged,\u201d Education Secretary Gavin Williamson stated.\nRead more\u2026\n\n11 of the best home-schooling memes\n100s of brain-boosting and fun ideas and activities for kids stuck at home\nBest STEM toys to help your child learn science, technology, engineering and maths\n\n