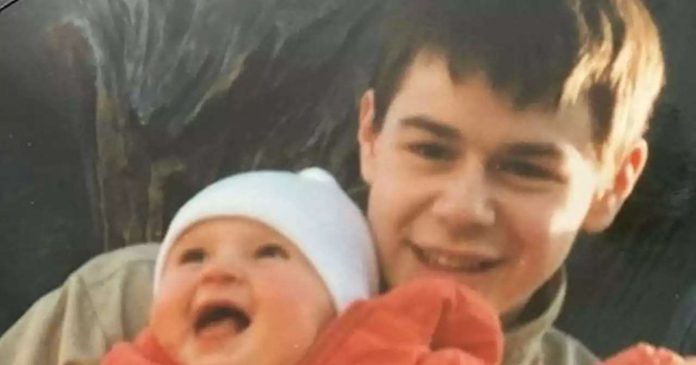 Reality TV star Dani Dyer has shared some amazing throwback photos of her dad Danny Dyer.
The Love Island 2018 winner, 24, took to social media to post some vintage images of her dad for Father’s Day.
Posting on her Instagram account, Dani made certain to show her love for EastEnders star Danny, 42, on this special day.
She captioned the selection of images: “Happy Father’s Day to my @officialdannydyer hope you have a special day as special as you so lucky to have someone as amazing as you in my life.
“One of the funniest people and so happy that we can make work so easy when it’s together. Love you xxx.”
Dani posted seven images in total, including some of Danny looking rather baby-faced.
The first image shows Danny with Dani’s mother Jo Mas as they cradle her following her birth in hospital.
The second, third, and fourth images also show a boyish Danny holding his little girl in his arms before the final three images show an adult Dani alongside her beloved father.
His little girl now a full-grown woman, Danny himself gives his trademark masculine stare with a grizzled and rugged style.
They have both changed very much since those early images!
Naturally, Dani’s followers were quick to show their love for the images.
One commented on her post: “Omg dan, I always thought Sunnie was the image of daddy! How much she like mummy in that first picture! Xxx.

A second follower noted: “OMG your dad looked so young when he had you !! How old was he ? He only looked 14 lol.
“so lovely he was a guy who stuck around and was there for you and your mum at such a young age … you guys are amazing and keep up the good work on our tv screens xxxxxxxx.”
Meanwhile, another follower commented: “He looks about 12 in the first couple of photos, bless him. Xx.”
A different fan of Dani’s wrote: “Awww your darling dad looks so baby faced in the first few photos. Bless him. Xx.”
Finally, one fan concluded: “Lovely pictures…Always been a fan of your dads hes a great man.”
Danny Dyer and Jo Mas were childhood sweethearts as teens and Dani was born when her dad was 18-years-old.
The pair went on to have another daughter named Sunnie and a son named Artie.
Showbiz editor’s picks The couple married in 2016 after getting engaged the year prior.
Meanwhile, Dani’s former boyfriend and co-winner of Love Island 2018, Jack Fincham, has been celebrating his own Father’s Day with his baby daughter, Blossom.
Do you have a story to sell? Get in touch with us at webcelebs@trinitymirror.com or call us direct 0207 29 33033.