Home Woman What If I Told You Joe Biden Is Actually Running a Great... 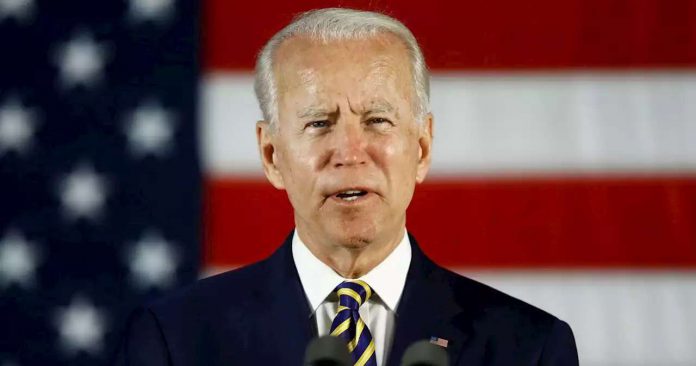 Photo: Matt Slocum/AP/Shutterstock Joe Biden spent months stumbling through the Democratic primary, only to prevail in the end through a fantastical combination of circumstances. Now he is stumbling through the basement-confined general election to a double-digit lead.
Maybe he isn’t stumbling at all? Maybe his campaign is … good?
Normally, the media’s coverage of campaign tactics magnifies the results of the polls. The winning presidential campaign is rewarded with glowing coverage of its strategic acumen, while the losing campaign is pummeled, as reporters scrutinize every choice from logo design to ad placement for more evidence of ineptitude. There has been plenty of the latter, mostly focused on Donald Trump’s comical lack of discipline as a candidate, though tempered with some favorable coverage of Brad Parscale’s digital operation.
Biden’s strategy has attracted shockingly little of the normal adulation a winning candidate receives. Trying to find some positive assessments of Biden’s campaign, I tried googling “Biden campaign good.” It turned up headlines like this:
I tried “Biden is running a good campaign.” Here’s what Google gave me:
It would obviously be a fallacy to attribute Biden’s current lead entirely, or even mostly, to his campaign strategy. The polls primarily reflect a massive public repudiation of Donald Trump’s presidency. But Biden is also doing some things right.
For all the derision that has surrounded Biden’s generally low profile, it is the broadly correct move. Trump is and always has been deeply unpopular. He managed to overcome this handicap in 2016 because Hillary Clinton was also deeply unpopular, though somewhat less so, and turning the election into a choice allowed anti-Clinton sentiment to overpower anti-Trump sentiment. The fact that Biden has attracted less attention than Trump is not (as many Democrats have fretted) a failure. It is a strategic choice, and a broadly correct one.
Second, Biden’s isn’t just hiding out. He is doing some things. He has delivered speeches, given interviews, and met with protesters. These forums have tended to display his more attractive qualities, especially his empathy. Only one of them (his Breakfast Club interview) yielded a major gaffe.
And third, Biden has managed to communicate a coherent campaign theme. This is often a challenge for Democrats, who usually want to change a whole bunch of policies (health care! environment! progressive taxation!) that resist a simple unifying slogan. But Biden has been able to carry forward the message he used to start his campaign, which he built around Trump’s shocking embrace of racist supporters at Charlottesville, into a promise of healing racist divisions.
Biden surely benefitted from good luck, in that he chose a theme more than a year ago that happened to anticipate the current massive social upheaval. But it wasn’t just luck to predict that Trump’s divisive racism would continue to flare up. Instead, pundits have repeatedly predicted that Trump would use Nixonian law-and-order themes to rally a silent majority against Black Lives Matter protests.

The reality is that the silent majority supports the protesters. Fifty-seven percent of respondents tell the New York Times they “support the demonstrations because they’re mainly peaceful protests with an important message,” while only 38 percent say they “oppose the demonstrations because too many have turned to violent rioting.” More revealingly, the public believes by an overwhelming margin that “George Floyds’ death is part of a broader pattern of excessive police violence toward African-Americans,” and not that it was “an isolated incident.”
The protesters deserve a great deal of credit for using Floyd’s tragic death to highlight broader injustice, and to do a good-enough job of limiting disorder and looting to allow their overwhelmingly peaceful message to come through. But Biden has also done an effective job of using the most popular parts of the protesters’ message while distancing himself from its unpopular elements. Biden speaks for the transracial majority that supports systematic police reform and opposes defunding the cops. Trump is left to represent the majority that sees Floyd’s death as an outlier requiring no serious changes.
Electability was a subject of bitter contention during the Democratic primary. Many progressive critics argued either that electability is inherently unknowable, or that the key electability dynamic was the ability to motivate left-wingers who might otherwise not vote. Instead, Biden’s campaign seems to be vindicating a more conventional theory of the case. He has appealed to progressives by adopting some of the most popular pieces of their program, while steering clear of its controversial aspects. And he is winning in the very conventional way: by stealing voters in the middle who are conflicted.
Those conflicted voters tend to give Trump high marks for his handling of the economy, but recoil at his ugly persona. A Democratic campaign premised on transformational economic change would have given Trump the chance to make those voters choose between style and (what they perceive as) substance. Biden from the beginning has tailored his message precisely for what they want: a president who will act like a president without scaring people about the pace and extent of social and economic change.
Biden is running on a progressive platform — more progressive than most people think, and almost certainly more progressive than even a fully Democratic Congress would pass into law. But his choice to avoid unpopular issues (Medicare for All, the Green New Deal) — which the left assailed not only on substantive terms but as a bad choice that would deflate his voters — is looking shrewder than ever.
Biden probably wouldn’t be yielding rapturous mass rallies even if there was no virus. Nor has he inspired armies of idealistic volunteers. But all the evidence we have suggests Biden actually knows what he’s doing.

‘You Either Have an Accent or You’re This Over-Sexualized Ninja Chick’...

Soundcheck The 10 Best Music Releases Of The Week

Anything Men Can Do Megan Thee Stallion Can Do Better