Home Woman Why the Queen Loves This Handbag So Much She’s Been Carrying It... 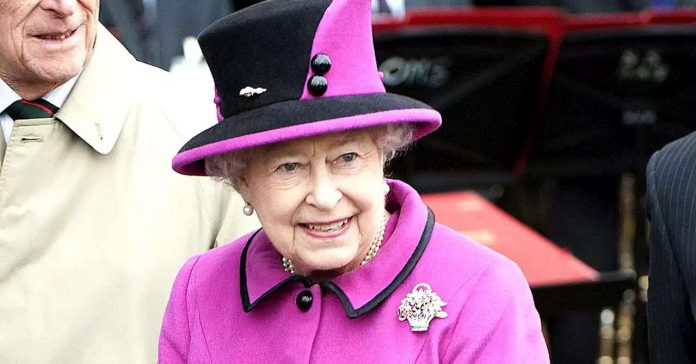 Queen Elizabeth’s iconic Launer handbag is always by her side

Turandot
, a slightly smaller style, which includes an internal gold frame.
“I think she wants something a little lighter. When you get older, I think you want a lighter bag, but I do still see her with the Traviata,” Bodmer says.
Other styles she has worn over the years include the Sofia, the Bellini and the Lisa in cream that was made specifically for the
in 2011. It proved so popular it caused their website to crash!
Image zoom
Queen Elizabeth
Kurt Krieger/Corbis via Getty Images
Famous for their distinctive structured designs, a bag from Launer has become somewhat of a cult purchase. Available in a hue of bright colors, although the Queen tends to stick to black (black patent, to be exact!), the bags are also now fully customizable, something that has proved popular on their e-commerce site, which launched in 2009 and is a service that the Queen has always had to her disposal.
Image zoom
Launer
“We do various changes; pockets and handles and things for her,” the 87-year-old CEO says of the Queen’s bespoke purchases. “She has a slightly longer handle on all of them so she can get her hands through it more easily. That way and she has a bigger pocket at the back too, but it varies. We do always put a coin purse inside for her and there’s a leather-covered mirror in all of our bags.”
Whether or not the Queen carries cash has been a subject of much debate over the years, but Bodmer, who is currently self-isolating with his wife at home amid the coronavirus pandemic, is charmingly discreet when asked for more details.
“Maybe she puts something else in it? I couldn’t possibly say!” he shares.
As to what else might be in the Queen’s bag, he adds: “Probably her spectacle case [also Launer, she has them in several colors] and her lipstick, I don’t know what else!”
Image zoom
Queen Elizabeth
Serge Lemoine/Getty Images
The royal family’s history with Launer dates back to the 1950s when the Queen Mother purchased her first bag from the brand.

Founded in the 1940s by Sam Launer, who fled Czechoslovakia with his wife and two sons during the war, the brand was given a Royal Warrant in 1968 before Bodmer took over in 1981, saving the brand from going into administration.
Image zoom
Queen Elizabeth
Tim Graham Photo Library via Getty Images
Now the company produces approximately 150 bags a year, each one made by one single craftsperson, taking approximately eight hours to hand finish at their all-women factory in Walsall, near Birmingham.
The distinctive “twisted rope” emblem is synonymous with the brand is finished in gold plating. The bags are also set to make their Netflix debut later this year when they appear on screen in the fourth season of
The Crown
, in which Olivia Coleman continues to play the Queen.
Image zoom
Queen Elizabeth
Jonathan Brady – WPA Pool /Getty Images
Having met his world-famous client several times, including during a 1992 visit to the factory, Bodmer says she never fails to impress.
Can’t get enough of
PEOPLE
Sign up for our free Royals newsletter
to get the latest updates on Kate Middleton, Meghan Markle and more!
“It’s amazing when you meet someone like that, how normal they are,” he says, commenting on how well her recent speech on the coronavirus crisis was received. “I think the world is in a funny place right now and she represents the safety and solidarity that we seek in these challenging times, more than ever and her the speech was just fantastic.”
Close

Dolphins Still Putting on Show in Japan without Spectators

How I Give Myself the Perfect Silky Blowout When I Can’t...

Lily-Rose Depp Just Brought Back One of the Biggest Trends of...