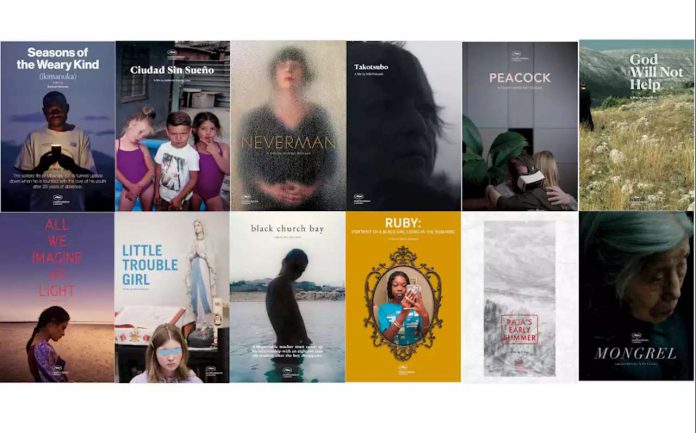 Strong female coming-of-age stories, two LGBTQ submissions and a smattering of unique, autobiographical features from around the world were among this year’s pitches given by the 12 participants of…

0
Credit: Cannes Marché du Film
Strong female coming-of-age stories, two LGBTQ submissions and a smattering of unique, autobiographical features from around the world were among this year’s pitches given by the 12 participants of the Cinéfondation Residence.
And although the Cannes Festival’s international talent-finding initiative pitched to a virtual audience this year, the participants of the Residence’s 39
th
th
cohorts still packed a punch.
Strong submissions included Raven Johnson’s “Ruby: Portrait of a Black Girl Living in the Suburbs” which follows a West African immigrant family living in the predominantly white suburbs in the American Midwest. The loud and colorful Minnesota-set drama shifts between three teen siblings. While it celebrates the experiences and explores the pressures facing Black teens, Johnson claimed that people all over the world would relate to the universality of the characters. With the aim to go into production next summer, the writer/director is currently working on another draft of the script and is currently seeking producing and financier partners.
Also among the five female directors to feature this year were Mumbai-based film-maker Payal Kapadia’s beautifully composed “All We Imagine As Light” in which two nurses begin to recognize themselves as sexual beings in a society that’s taught them to feel shameful of even small acts of affection.
Related Stories
Tubi to Expand Spanish and Bollywood Content, While U.K. Launch Up Next
Doc/fiction hybrid “Little Trouble Girl”, meanwhile, also looks at appropriating portrayals of female sexuality as Slovenia’s Urska Djukic explores the sexual awakening of a shy and sensitive 15-year old Catholic schoolgirl in a female choir.
Djukic revealed that she plans to use a real choir in the film, a French-Slovakian co-production, scheduled for production in late 2021.
“Raja’s Early Summer” by Chinese director Zi Gao meanwhile, compares the paths of two very different women when a young film maker sets out to document a very traditional way of life in rural China and befriends a local housewife.
Another rural tale, from Croatian director Hana Jusic, “God Will Not Help” is inspired by a sinister local fairly tale, which sees a widow with a dark past impose herself on an isolated community of shepherds, with chaotic results.
Elsewhere, Singapore director Chiang Wei Liang’s “Mongrel” builds on his work exploring the

migration and diaspora of Southeast Asians.

His first feature is set in Taiwan (where the director has lived for the past decade) and revolves around an undocumented Thai care worker addicted to painkillers. The character’s livelihood becomes threatened when he is faced with a medical emergency he is untrained to deal with.
Care homes are also the setting for Cuban Rodrigo Barriuso’s second feature “Neverman” –inspired by a stream of articles that document how members of the LBQT community often have to go back “into the closet” when they enter care homes in older age.
The Toronto-set drama focuses on a transwoman in the early stages of Alzheimer’s and a series of flashbacks that reveal how hard she has fought for her body in 2021, while her mind is stuck in 1975.
We
l
sh-Irish director Rhys Marc Jones also explores what it means to be gay in a small town in his existential, “Fargo”-style thriller pitch  “Black Church Bay” in which a closeted teacher struggles with his decision to cover up the accidental death of his openly gay lover, who was also a pupil.
This year the Cinéfondation received its first Austrian submission – a high concept art-house comedy that focuses a man who works for a friendship agency, who starts struggling with his own identify. Clips from Bernhard Wenger’s pitch “Peacock” reveal a striking visual style, which takes every day moments and transforms them into mise en scene.

who digs beyond the country’s well-documented bloody history to tell a story about life in a north west province, and what it’s like to return there after 25 years.

Two deeply personal stories also made the final 12 pitches: “Takotsubo,” by Tel Aviv-based director Miki Polonski, is based on his brother’s gambling addiction and explores how far you are prepared to go to save a family member. “Ciudad sin sueño,” directed by Guillermo García López, meanwhile builds on the filmmaker’s documentary work featuring the lives of an illegal gypsy settlement based on the outskirts of Madrid.
Two of the 12 directors will receive grants from the CNC, which will be announced tomorrow.
The Cinéfondation is financed by the Cannes Festival and, mainly, through private sponsorship.

Ela Minus Seeks Revolution Through Community on acts of rebellion

In Texas Social Workers Can Now Turn Away Clients Based on...