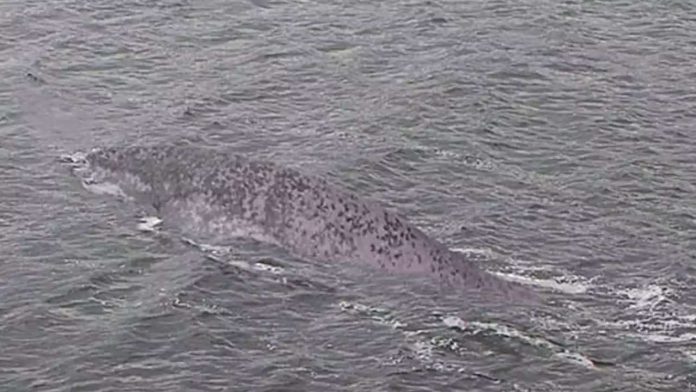 Both the photographer and a Nessie expert, however, have their doubts.

View Story
“In my opinion (and I’m no expert) I think it’s a large fish that got into the Loch from the sea,” he said in an interview with photo agency Cover Images.”As to what it is personally, I think it’s a cat fish or something like that but a big one.”
“Someone suggested it may be a sturgeon. It’s very large as the bit you can see must be at least 8-foot-long and who can tell what amount is below the surface,” he added.”It was gone almost instantly so much so I wasn’t sure if I had got it or not. I guess it was something of a fluke shot.

I waited about for a bit and took another image but didn’t see the fish again.”
The image has been trending on Twitter all day, with some believing it’s more evidence that Nessie exists — as others joked about it being just another wild event in a year already marked by so many.
“In his house at R’lyeh dead Cthulhu waits dreaming.” As kids in the 70’s, we wanted to believe in the Loch Ness Monster (thank you “In Search Of…” with Leonard Nimoy). In the 90’s, they told us it was all a hoax. Suddenly, 2020 is all “Hold my beer” about it.

Love Island fans are not impressed with Belle after shock confession

JoJo Fletcher’s Season 12 of The Bachelorette’ Where Are They Now?