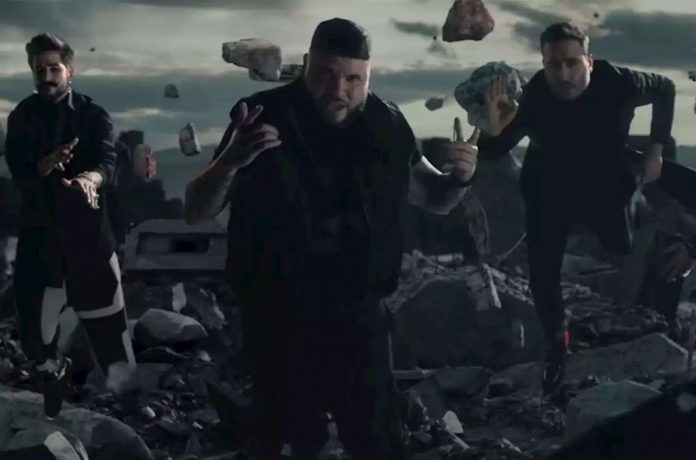 Latin Airplay
chart dated June 27. It’s tied with J Balvin’s “Blanco” for the longest climb to No. 1 in 2020 (it topped the list dated March 21). (For the 19 No. 1s this year, the average climb to No. 1 is 12 weeks.)
“Si Me Dices Que Sí” is Reik, Farruko and Camilo’s first collaboration. The trio takes over with 11.8 million in audience impressions (up 31%) earned in the week ending 21, according to Nielsen/MRC Data. The song rises from the runner-up rank after spending six weeks in the top 10.
For Reik and Farruko, it’s their third and seventh No. 1s, respectively, while it’s the first No. 1 for Camilo.
“Si Me Dices” is Reik’s first No. 1 in over a year and third leader overall. The Mexicans last ruled Latin Airplay through another collaboration: “Un Año,” with Sebastián Yatra, a one-week ruler in April 2019.

Farruko clocks his seventh No. 1 which date back to his featured role on J Balvin’s “6 AM,” his first chart entry, which secured a spot atop the chart in May 2014 –also in its 16th week. Camilo, meanwhile, secures his first No. 1 on the chart in his fourth try.
Notably, out of the 19 titles which have hit No. 1 so far on
Latin Airpla
y in 2020, “Si Me Dices” is the first Latin pop title by a core Latin pop act to top the tally. Only one other Latin pop act has secured a No. 1 on the tally this year: Alejandro Fernández with “Caballero,” the lead single off his all-
mariachi

That Viral Amazon Jacket Just Got a Major Glow-Up

ABG Group to Be Stalking Horse at Brooks Brothers Auction