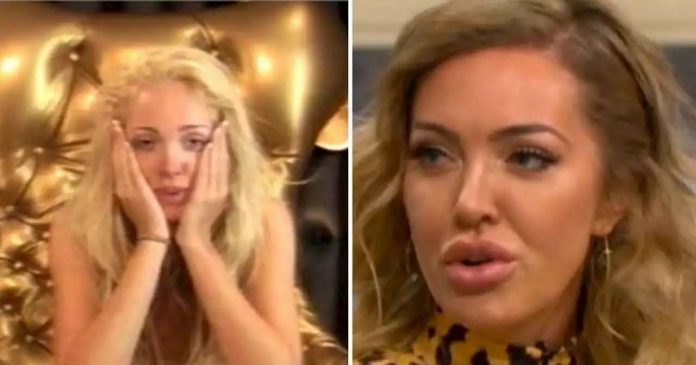 Big Brother bought a number of big characters to the small screen over the years.
And during lockdown viewers were reminded on how many wild personalities walked in and out of the Big Brother house on numerous series with the special spin-off Best Shows Ever being aired.
The trip down memory lane evoked nostalgia in many and also revealed how the stars of the reality series have transformed since first finding fame on the much-loved surveillance series.
Aisleyne Horgan-Wallace In 2006 Aisleyne-Horgan Wallace appeared on Big Brother and her no nonsense personality meant she earned a lot of screen time.
When she starred on the series, the now 41-year-old, was 27 and throughout the years she has tweaked her look.
Aisleyne, who has managed to build up a healthy bank balance since become a star, has ditched her blonde perm and now tends to model poker straight extensions.
She has also got rid of her bright make-up in favour of neutral tones.
The bombshell has also splashed the cash on a number of plastic surgeries which has allowed her to alter her shape.
She’s always been open about going under the knife and the social media savvy personality has 295,000 Instagram followers.
Adele Roberts Adele Roberts, 41, rocked up to the Big Brother house in 2002 and has since been on I’m A Celeb and is a BBC radio DJ.
The star was 33 when she appeared on the series and she sported long braids and a quirky dress sense.
Now, the age-defying star prefers to style her hair in a short pixie style.
She has also groomed her brows to be fuller in order to frame her almond-shaped eyes.
Makosi Musambasi Makosi Musambasi, 31, starred on Big Brother in 2005.
She is well remembered for having a steamy session in the hot tub with fellow contestant Anthony Hutton and shortly after she feared she was pregnant.
Makosi was a nurse before finding fame on BB6 and after years in the spotlight she has since become a life coach and has her own TV show in Dubai.

Brian Dowling Brian Dowling is a two time BB winner.
He first won in 2001 and then was crowned king of Ultimate Big Brother in 2010.
The Irish star, 42, even had a chance at hosting the series when it moved from Channel 4 to 5 but the year after was replaced by Emma Willis.
The cheeky personality was a baby face when he first popped up on the show in 2001 and had a cute spiky hairdo.
Now, he can be seen with floppy locks and an abundance of well-kept facial hair.
He has a strong fan base with 152,000 Instagram followers and often posts sponsored content.
Josie Gibson Josie Gibson is still on TV screens – 10-years after appearing on the series.
The bubbly star makes regular appearances on This Morning to promote competitions and her fun persona means she is adored by viewers.
When Josie starred on BB she had a head of platinum blonde locks which she has now switched for more a more natural strawberry blonde tone.
She also slathered on the fake tan on the series but these days she appears to have laid off the orange glow.
The Bristol native has also documented her fitness journey over the years and even had her own workout DVD.
Glyn Wise Welsh lad Glyn Wise was only 18 when he was signed up to appear on the reality show in 2006.
Now aged 32, he has beefed-up and ditched his lithe frame for rippling muscles – that he often flaunts on social media.
His Instagram bio states he is a teacher and is filled with snaps of him being active and is littered with a number of Big Brother memories.
Anthony Hutton Showbiz editor’s picks Anthony Hutton from the 2005 series has not changed much since the show.
He still has a stubbled shin but has lengthened his hair.
The Mancunian personality is no longer in the limelight and owns his own barber shop.
Do you have a story to sell? Get in touch with us at webcelebs@trinitymirror.com or call us direct 0207 29 33033

Khloe Kardashian On The Lasting Legacy Of KUWTK ’ ‘Family Over...

How to Make Meaningful Connections Ministry to Women