Home Woman Defiant Beyonce hit back at critics who said she didn’t belong at... 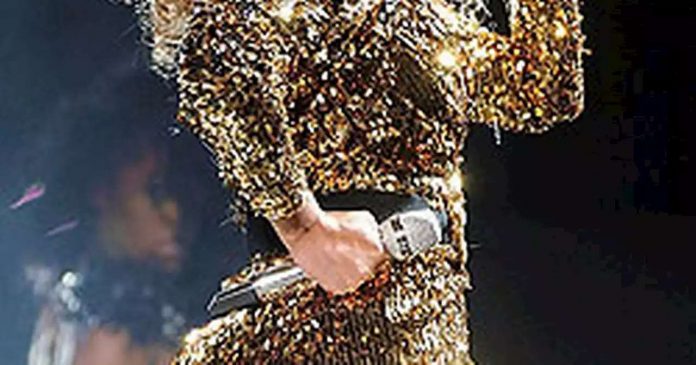 Beyonce’s show-stopping performance at Glastonbury 2011 is something to remember for a whole lifetime.
The iconic songstress, 38, headlined the annual festival with a combination of fireworks, incredible choreography and great music – which ended the show’s 40th anniversary with a bang.
And Queen Bey’s defiant performance came after she was slammed by festival-goers for headlining the main stage, with some critics saying she “didn’t belong” there.
Nevertheless, Beyonce ignored the haters as she continued to show off her sass during the sexy, long-awaited performance.
Fans will get to watch the incredible moment she shone all over again, as her live debut airs tonight to celebrate the festival’s 50th anniversary – as the live event was cancelled due to the coronavirus.
Her performance at the festival was branded “random” by Twitter fans, who were adamant the world-famous pop star shouldn’t have been up on the stage.
But despite dividing festival-goers, Beyonce entered the main Pyramid Stage with a bang, shouting, “You’re witnessing a dream!” to her beloved fans as she put aside the cruel comments.
The Crazy In Love singer put on a 90-minute show for the audience, stepping out in a beautiful embellished outfit for the once-in-a-lifetime event.

She followed in the footsteps of her husband Jay-Z who topped the bill at Glasto in 2008 – an appearance that divided many fans who were unhappy at a hip-hop act in a headline slot.
At the time, Bey said: “This really is the biggest festival in the world and I cannot wait to perform there. Everyone who attends is really appreciative of music and is in such a good mood that entire weekend.
“I’m pumped just thinking about that huge audience and soaking up their energy.”
Showbiz editor’s picks The singer become the first person of colour to headline the Pyramid Stage as a solo artist.
She sang some of her hit songs including Sweet Dreams and Halo, as well as Kings Of Leon’s Sex On Fire.
Amazing footage showed festival fans standing in the mud, enthralled in the music as they watched Queen B do her thing.
*Beyonce at Glastonbury 2011 airs Friday at 10pm on BBC Two.
Do you have a story to sell? Get in touch with us at webcelebs@trinitymirror.com or call us direct 0207 29 33033.

Why Police Abolition Is a Useful Framework Even for Skeptics