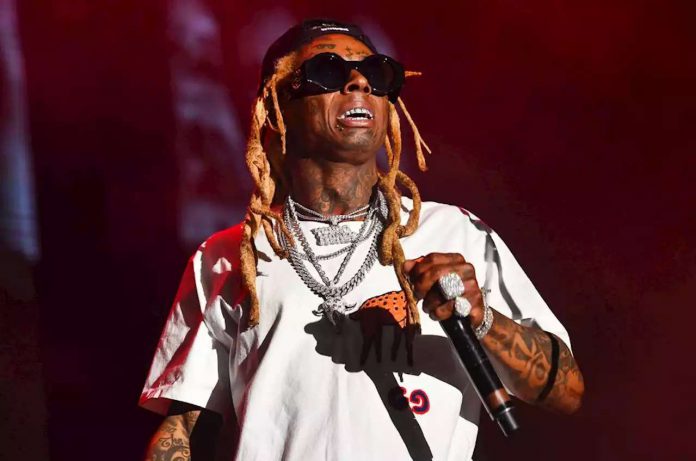 After taking a week off to commemorate Juneteenth, Lil Wayne returned to Young Money Radio on June 26 with an all-star guest lineup.

Verzuz
.
“It’s celebrating each other’s catalog,” Jadakiss said.”It’s no different from if we was gonna be on the tour bus and he had the aux chord and then he passed me the aux chord or vice versa.”
Fabolous added,”To me it ain’t a battle, it’s more like steel sharpening steel too.”
Embattled hip-hop artist Juelz Santana, who’s currently
for a weapons charge, called into the show to chat about his
#FREESANTANA
“[My wife] put out a little project called
#FREESANTANA
. Let everybody know they can download that,” the rapper said.

She surprised me with that and made me real happy.”
Louisville rapper Jack Harlow also joined Friday’s episode to discuss a possible music video for the remix of his song”What’s Poppin” (featuring DaBaby, Lil Wayne and Tory Lanez) and why he joined protests for Breonna Taylor.
“Moments like this are bigger than anything we’re working on, bigger than the ‘What’s Poppin’ remix, bigger than any of that,” Harlow said of Taylor’s death.
Check out the full episode of Young Money Radio