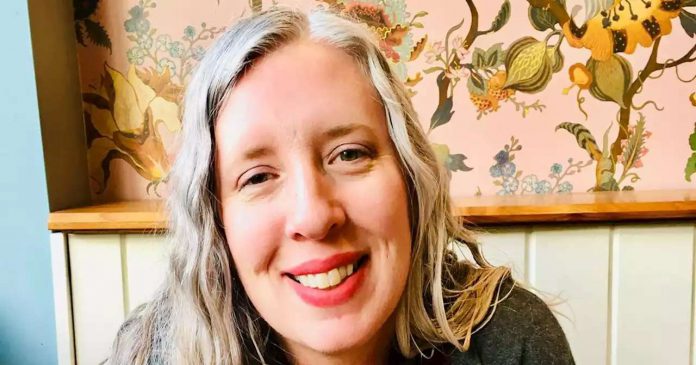 ‘What we need is more research to explain where the symptoms are coming from,’ one expert said.

complication of the virus
or a side effect of treatment.
If Dine and her team are able to rule out other causes, they have two hypotheses for what’s going on. The first is that it’s possible that the virus is still somewhere in the body, undetectable through
. The other is that the virus is gone from the body but patients are experiencing what’s referred to as post-viral inflammatory syndrome, in which the body’s immune system remains”revved up” even after the virus goes away.
“What we need is more research to explain where the symptoms are coming from,” Dine said.
One theory is that the inflammation triggered by COVID-19 damages the autonomic nervous system, which affects functions we don’t consciously think about, such as digestion, sweating, sleep, heart rate and blood pressure.
Dr. Mitchell Miglis, a neurologist at Stanford University, ascribes to this theory. He said it appears that for some people,”the body is still damaged” even when the virus is long gone.
“It can take a really long time to fully recover,” he said, adding that it’s too soon to know whether the condition will clear up eventually or whether the symptoms will continue as a chronic disease.
Miglis and his team at Stanford have begun developing a registry to track such long-term COVID-19 patients over time.
Download the
NBC News app
for full coverage of the coronavirus outbreak
There is no specific therapy for the kind of long-term inflammation doctors suspect may be causing problems, other than medications to ease symptoms such as cough or fever. And Dine said there is no good treatment for one of the most debilitating manifestations of COVID-19: extreme fatigue.

Putrino, of Mount Sinai, has begun to develop a kind of protocol for people whose symptoms, like Watson’s, have lingered for weeks and weeks.
Plans are individualized, but they usually involve very specific ways of training the body to compensate for unconscious functions. Many patients are given exercise plans, sleep regimens and nutrition guidelines.
Mount Sinai dietitian Adena Neglia is working with Putrino on the nutrition aspect of the protocol.”During times of
stress and anxiety
, some people may turn to food, while others turn away from food,” Neglia said, adding that nourishment is important to support a healthy immune system.
Experts elsewhere echo the guidance to focus on behaviors that will keep people as healthy as possible.”Eat right and stay hydrated, especially during this time with increasing summer heat,” said Dr. Gary LeRoy, president of the American Academy of Family Physicians.
LeRoy, a practicing physician at the East Dayton Health Clinic in Dayton, Ohio, said he hasn’t treated any COVID-19 patients with long-term symptoms. But he has counseled some who said they struggled with lingering fatigue about ways to get their energy back.
Watson has found bits of relief from her symptoms with rest,”which is hard, because I’m a go-go-go kind of person,” she said.
She wants other COVID-19 patients with lingering symptoms to know they’re not alone.
“You’re not crazy. These symptoms are real,” Watson said.”If you find a medical professional is not listening to you, find a different one.”

Loewe’s SS21 Bag Line-Up Will Have You Salivating