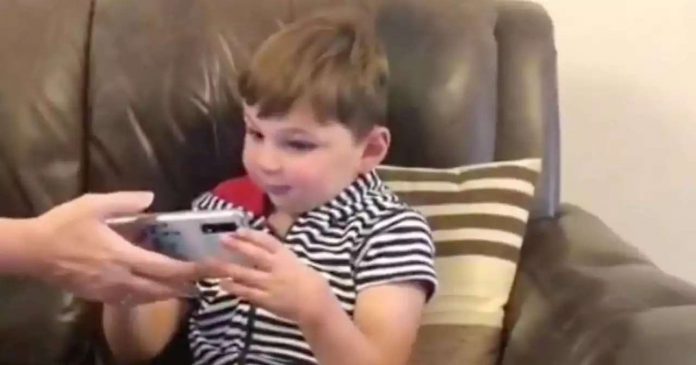 TV favourites Ant McPartlin and Declan Donnelly delivered a wonderful surprise to a five-year-old superfan who has raised over £1 million for the NHS.
The dynamic ITV duo left a beautiful video message for Tony Hudgell after his hard work to say thank you to the NHS for saving his life.
Little Tony had fought for his life at only 40-days-old after his parents had abused him so much that his legs had to be amputated by medics and was left with sepsis, multiple organ failure and bone fractures.
He was later adopted by foster parents at four months of age and has been with his loving family ever since.
Tony was so grateful to the NHS’ work saving his life that he sought to raise funds for Evelina London Children’s Hospital by walking every day on his new prosthetic legs, inspired by national hero Captain Tom Moore.
He aimed to walk 10km throughout June to raise £500, but ended up raising £1 million before the month was out, with help from the Duke and Duchess of Cambridge.
Being such a huge fan of Ant and Dec, Tony was overwhelmed to see the pair thanking him for his fundraising efforts for the NHS.

The clip saw Tony’s mum Paula tease “something special” for her son and then the pair of Geordie presenters appear in video form with a message to Tony on her phone.
Tony says excitedly: “I love Ant and Dec!”
In the message, Ant notes: “Hi Tony! Ant and Dec here, we just wanted to send you a message to say what an amazing thing it is you’re doing.”
Adding to the praise, Dec says: “Oh, absolutely amazing. You are a hero. Listen, thank you so much, keep up the good work and we’re sending you lots and lots of love. Thanks, Tony!”
Showbiz editor’s picks You can see that Tony loved every minute as he jumped up and down in happiness.
Utterly adorable!
Tony’s condition is continuing to improve and he is evidently adjusting very well to his prosthetic legs.
What did you think of Tony’s fundraising efforts? Let us know in the comments below.
Do you have a story to sell? Get in touch with us at webcelebs@trinitymirror.com or call us direct 0207 29 33033.

“I tried CeraVe for the first time and these are my...