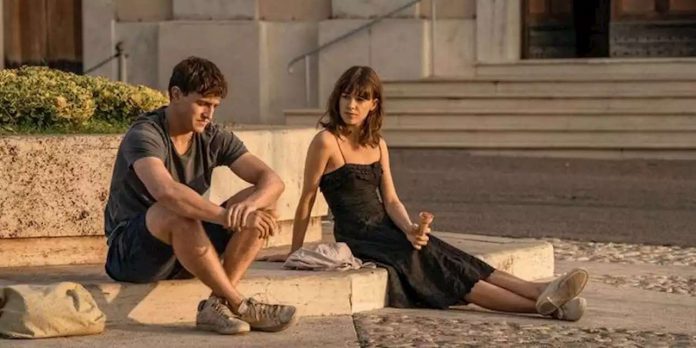 The same creative team that adapted Rooney’s ‘Normal People’ will bring her debut novel to the screen for Hulu.

Like the story of Marianne and Connell,
Conversations with Friends
follows a set of angsty Irish millennials who are drawn into complicated romantic and class dynamics.
Based on its sensual source material and fact that most of the creative team from
Normal People
is returning, consider this your next steamy must-watch.”I’m confident we’re going to find fresh and interesting ways of dramatizing the novel’s dynamics, and I’m excited to watch the process take shape‎,” Rooney said in
when BBC announced the adaptation in February.
Ahead, everything we know about the show—and Twitter’s thoughts on casting.
The series will be based on Rooney’s 2017 novel.
Rooney has become an author-to-watch thanks to the breakout success of her first two novels detailing the coming-of-age experience. Her first book,
Conversations
, follows Dublin university students Frances and Bobbi—best friends and former lovers who perform poetry together. Their tight-knit dynamic is threatened by the bond they forge with an older married couple—journalist Melissa and actor Nick.
Frances and Nick’s relationship secretly becomes romantic. Bobbi finds herself defending Melissa and distancing herself from Frances.

And both friends take sides in the other couple’s marriage, to the detriment of their own relationship. There’s themes of class differences, political philosophy, and sexuality, as well as more spoken word poetry than you bargained for.
Hulu is adapting the book with the same creative team as
Normal People
If you found yourself addicted to the
Normal People
series, you’re in luck. Several of the directors, producers, and writers from that project are returning to adapt
Conversations
. Oscar-nominated director Lenny Abrahamson (
Room
) will return to helm several episodes, as well as writer Alice Birch, executive producer Ed Guiney, and Rooney herself as a writer/producer.
“Sally Rooney perfectly and beautifully captures the complicated dynamics of relationships in her stories,” the Hulu vice president of content, Beatrice Springborn, said in a statement. “After bringing that to life in
Normal People
to an overwhelmingly positive response, we are honored to do the same with
Conversations With Friends
. We are excited to continue our creative partnership with Sally, Element Pictures, Lenny and the BBC, which has been a dream collaboration.”
Read Next

Rami Malek and Lucy Boynton Were the Cutest Couple at the...