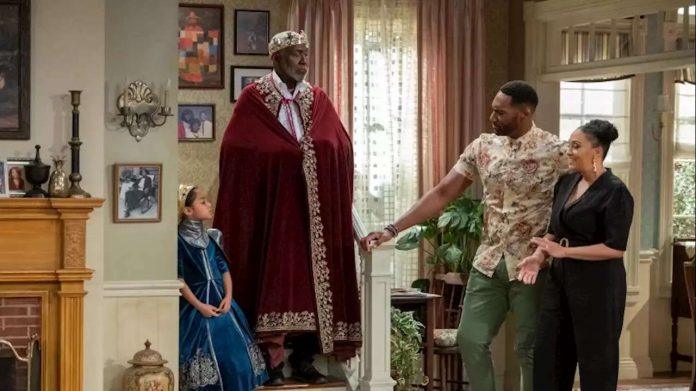 The traditional sitcom is alive and thriving on Netflix.

. With something like
Mr. Iglesias
, this has meant getting to show the ways in which the American public education system treats black, brown and poor white students like they’re wholly expendable, without layering it in so many corny jokes the point gets lost. On
One Day at a Time
, meanwhile, it means Elena’s (Isabella Gomez) coming out arc not just being about her sexuality, but about her identity as a Puerto Rican woman, while on
Family Reunion
, it means getting to show Jade (Talia Jackson) confronting colorism and anti-interracial dating in her own community, and Cocoa and Moz (Mowry-Hardrict and Alabi) sitting Shaka (Isaiah Russell-Bailey) and Mazzi (Cameron J. Wright) down for The Talk, after two smugly racist white officers pull guns on the boys in front of their own home. Shows like
The Fresh Prince of Bel-Air
and
Living Single
got to be frank about similar issues in their own time, but that’s been more the exception than the rule. On Netflix, it is starting out as the rule.
The freedom Netflix sitcoms have to take on diverse stories extends beyond race. Most gratingly, of course, there’s Kutcher’s deeply unpleasant conservative comedy,
The Ranch
, which uses its Netflix bonafides to layer stories about domestic abuse, substance abuse, abortion, miscarriage and suicide on top of the jokes about bull castration and economic depression it promises from the start. I’ll own the fact that I’ve got a chip on my shoulder when it comes to
The Ranch
(look, as a High Plains native, I resent the disdain they show for the kinds of folks I grew up with, who might be conservative but aren’t universally mean boors, while as a fan of comedic fluency, I resent that so many sitcom pros seem to have forgotten how to land a joke), but the fact that those topics are made the meat of a multicam sitcom at all is notable.

Similarly notable,
Alexa & Katie
centering a teen (Paris Berelc) with cancer who starts the series actively undergoing chemo, and not shying away from the possibly mortal consequences of her diagnosis. See also: Jeremy (Kalama Epstein) having his first kiss with another boy and later coming out to his family on
No Good Nick
, Gabe (Iglesias) struggling with sobriety on
Mr. Iglesias
, and both Penny wrestling with her anxiety and Elena first coming out to her family, then starting a relationship with her non-binary partner Syd (Sheridan Pierce), on
One Day at a Time
.
It’s all so much! Which is why it’s so luck that the last thing that defines a Netflix sitcom is…
In not being weighed down by multiple long ad breaks, the Netflix sitcom enjoys meaningfully longer episodes than its commercial-laden cousins on broadcast and cable TV—the pilot of
Family Reunion
, for example, runs a full 34 minutes long, while the pilot of Marlon Wayans’
Marlon

Will Menopause Symptoms Ever Stop? HealthyWomen