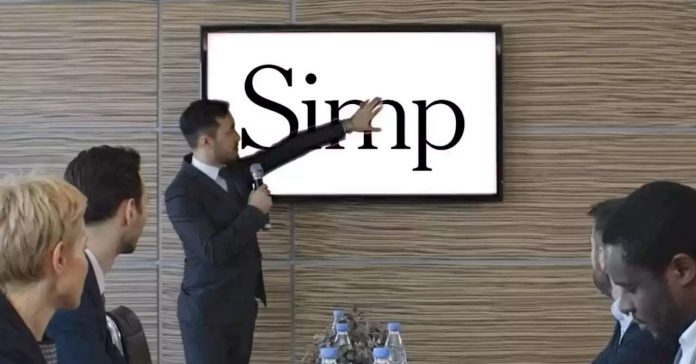 An insult takes a dizzying trip through rap, men’s rights, misogyny and TikTok.

Too Short
, the bawdy West Coast rapper who used the word in lyrics as early as 1985, said that he was not surprised that the word is more popular than ever.
“It still means the same thing,” he said. “If I was in a room with a bunch of 20-somethings or even teenagers, I would expect them to know what I’m talking about.”
The Evolution of Simp
Simp’s new status as a prime insult — a misogynist one, that implies a person is “unmanly” — has lasted most of a year. Mel Magazine, an online journal quick to note new cultural trends, deeply
dissected the resurgence
in October.
The “New Partridge Dictionary of Slang and Unconventional English,” defines it as a shortened version of simpleton, so the phrase’s original meaning is rooted in calling someone stupid. The dictionary lists its first known usage as 1946, though it appeared in The New York Times as early as 1923.
The most recent entry in the dictionary dates to the 2000 novel “My Once Upon a Time,” by the British novelist Diran Adebayo, where “simp” appears twice in the first 20 pages.
Mr. Adebayo said he had used it to inject an old-fashioned noir tone into the book.
“Simp would have been used in an old-school way,” he said. “Not the other way it’s been used as a very soft kind of man, who is very soft to his female friends.”
That newer sense of the word — as an insult for being “soft” or “overly sympathetic,” particularly to women — became more prominent in the 1980s and early 1990s. A set of West Coast rappers who regularly addressed pimping, including Hugh-E. M. C., Too Short and E-40, started using it in their songs.
“To me it’s like the opposite of the pimp,” Too Short said. “It really degrades the person who you’re aiming it at.”
He added that it evoked the sense of something counterfeit: “Like you’re a knockoff pimp.”
Too Short said that he may have drawn it from 1970s
Blaxploitation
movies, where the word thrived. The 1982 B-movie “Penitentiary II” even had a character named Simp.
In the early 2010s, the word, still used with some regularity by rappers, was seized upon by members of the nascent
,” the world of men’s rights activism. Simp became a staple of men’s rights forums, where feminism is derided as weakening men — just waiting for an enterprising TikToker to dust it off and give it a new sheen.
Do We Know Where Simp’s Going To?
The word’s current definition isn’t too far from Too Short’s. It’s a person, often a man, who throws money or attention at someone else, often a woman, in order to win their affection. (It doesn’t work.)
That usage only became popular on TikTok in 2019, and may have peaked thanks to a trope made popular by Marco Borghi, whose account,
@polo.boyy
, has more than 2 million followers on the platform.
On Dec. 16, he posted a video that showed him posing beneath a block of text. It read: “If she rants to you about her relationship problems and you comfort her,” while Post Malone’s “Rock Star” played.
The beat switched
. The chords of OutKast’s “Hey Ya” began to play and a text banner flashed: “Welcome To Simp Nation.

Mr. Borghi had been making videos riffing on the notion of simps throughout the year. But that one seems to have
inspired a boom
of simp content on TikTok.
The @polo.boyy videos marked the first time that Sterling Fournier, 21, had seen the word on TikTok, where he himself
. He made his own video in the same format.
He said he had already been aware of what it meant.
“If you were out with the boys, you’d say, ‘Oh, I had such a great date with Sydney. I paid for her food,’ and then you know, like, just as a teasing word, we’d be like, ‘Oh dude, you’re such a simp,’” he said.
Hope She Sees This, Bro
The first wave of simp content on TikTok and YouTube was driven by men. More recently, a
driven by female creators has emerged.
Lauren Halbach, 19,
in May. In it, her boyfriend is resting his head on her torso in bed. A song called “Simp (Simp Nation Theme Song)” starts playing. He jumps up, laughing.
“I feel like my boyfriend definitely fits the context of being a simp,” Ms. Halbach said.
The boyfriend-simp meme gave her the chance to turn the tables on TikTok’s alpha male culture, she said, where women are often “shamed or slammed for being too clingy or being too obsessive over men,” and men mock each other for doing “overly special things for women.” She called the dynamic “very toxic.”
The ubiquity of the term “simp” has taken some of that sting out of it. Like other insults, it has been taken up by fan communities, who often
refer to themselves
as simps for their favorite stars. Gretchen McCulloch, a linguist and the author of “Because Internet,” a book about language online, compared this usage to terms like “stan” or “trash,” as in, “I’m trash for this.”
Ms. McCulloch called it a self-conscious approach to fandom — “preemptively putting yourself down so that other people can’t,” she said.
So … It’s Sexist?
Yes.
The word expresses discomfort with equality when it comes to gender, and offers a simple way to dismiss the people causing that discomfort. Its resurgence cuts against simplistic ideas about young people, who are often caricatured as beacons of political correctness —
woke saviors
arriving at a time when America desperately needs them.
Mr. Fournier said the word’s edginess was part of its appeal. “I think it caught on because it was just, just within that perfect margin where it wasn’t something that you could get like too, too angry about, but it was also something that was still pretty politically incorrect,” he said.
Ms. McCulloch places simp in the same category of terms as “white knight” and “whipped,” used to degrade men who are “perceived as trying to curry the favor of women
.”
where simp is frequently used
.
Mr. Adebayo teaches creative writing at Kingston University London. He said that when he saw the word in his students’ work, it reflected a character’s “backlash or irritation, or even confusion, around quite what you’re supposed to be as a man in terms of furthering your appeal to women.”
“A simp is someone that puts like, woman on a pedestal,” said