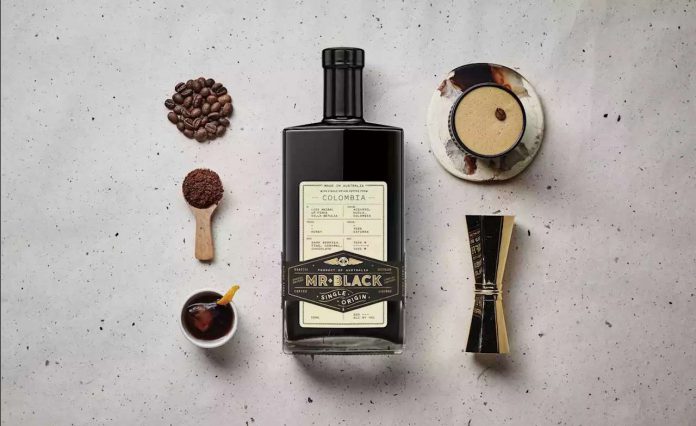 We are all coffee aficionados now, and well used to exacting and sophisticated standards when it comes to our daily grind. Terms such as single origin, artisan roast, and cold brew have become part of our coffee lexicon, so why would we compromise when…

Mr Black Single Origin Colombia
We are all coffee aficionados now, and well used to exacting and sophisticated standards when it comes to our daily grind. Terms such as single origin, artisan roast, and cold brew have become part of our coffee lexicon, so why would we compromise when it comes to the drinks cabinet – especially as coffee cocktails occupy a rather particular place on the drinks menu. Their complexity and caffeine kick add another dimension to the cocktail experience, and after all, when you decide that it’s an espresso martini kind of night – you’ve moved events into a special place.
Australian brand Mr Black make coffee liqueur chosen by some of the best bars in the world, including The American Bar at the Savoy, and The Connaught, in London, and The Nomad and Mace bars in NYC.
White Russian cocktail.
Originally featured in the May 2017 issue of Wallpaper*
Every bottle is made by hand at their roastery and distillery just north of Sydney, and the liqueur within, a blend of premium coffee and Australian wheat vodka, is a bittersweet symphony – a deep spirit with less sugar and a focus on a beautifully balanced but uncompromising and complex coffee flavour.

The brand is now initiating a single Origin product line, which will support small-scale farmers, sustainably producing beans from the best coffee regions around the world.
Espresso Martini.
As originally featured in the April 2017 issue of Wallpaper*
The first launch of this portfolio is the Mr Black Single Origin Columbia, made using only one kind of highly sought- after bean from Acevedo, Columbia. These ‘honey’ processed beans undergo a light fermentation before processing, resulting in a smooth and nuanced liqueur, with sweet fruit notes of fig and berries.
Global coffee ambassador Martin Hudák encourages people to try this fine liqueur by itself, ‘to pick up the complex aromas and flavours’, but that is not to say that you shouldn’t shake up a couple of delicious espresso martinis, or a smooth White Russian. §
Information