Home Woman Can a Police Drone Recognize Your Face? 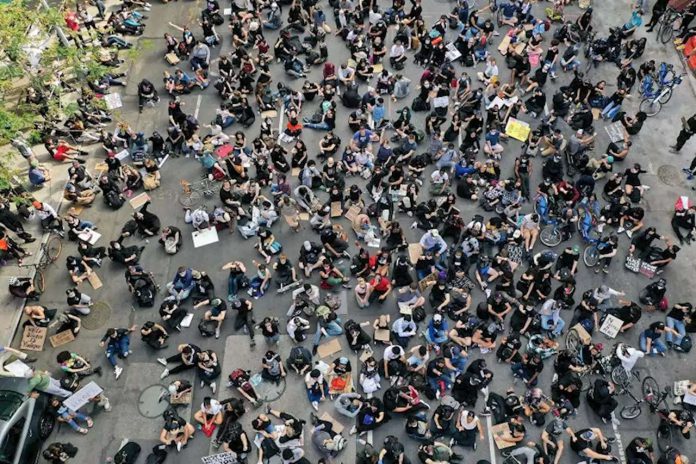 Sometimes it matters less if you’re being surveilled than if you feel like you are.

from the Center for the Study of the Drone
found that at least 1,578 state and local public safety agencies in the U.S. have drones, and 70 percent of these disclosed agencies are law enforcement.
However, these small police drones are very different beasts from the CBP’s high-altitude, thousand-pound Predator drone typically associated with American military use abroad. Most police drones today are consumer models produced by the same companies that make the drone your dad got for Christmas, like Chinese drone-maker DJI: These companies often market their aircraft to public safety agencies but don’t sell exclusively to them. Unlike a Predator—which is capable of staying aloft for more than a day—these small drones usually have short battery lives, from as little as 16 minutes, when carrying a very heavy camera, to 35 minutes when carrying a lighter sensor.

(Drone evasion tip: If you think you’re being followed, duck under a shelter or a convenient tree. You can probably wait the drone’s battery out.)
Police drone users are largely
not
users must abide by
, which include restrictions on flight over people, at night, and beyond the pilot’s “visual line of sight.” Beyond that, drone use by U.S. police is not standardized at the federal level and varies widely from agency and agency: Many state and local statutes