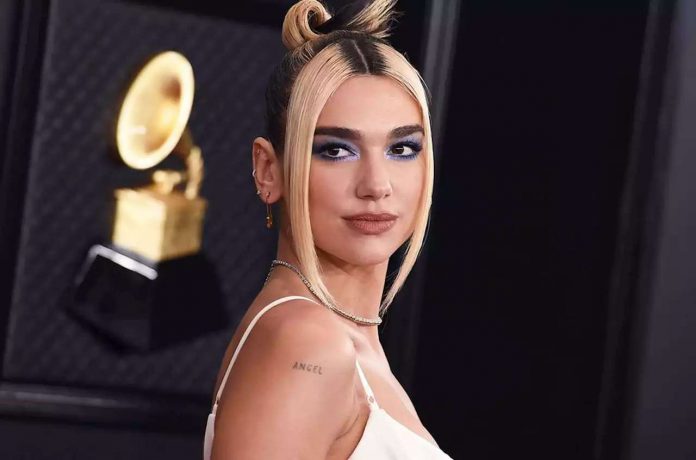 Dua Lipa at the 62nd annual Grammy Awards in Los Angeles on Jan. 26, 2020.
popNo, you’re not hallucinating
.
Dua Lipa
has a new music video out, and it’s pretty spaced-out. The visual for the British pop star’s single “Hallucinate” was directed by Lisha Tan and animated by the design experts at The Mill and it’s a throwback to the raging Studio 54 era, with a cartoon Dua taking the stage at the weirdest club you’ve ever seen.
Inspired by everything from 1960s underground Zap! Comix, early Mickey Mouse,
Adventure Time
and
Superjail
, the clip opens the doors of perception to a bizarro world of dancing vegetables and unicorns, exploding stars, anthropomorphic ice cream cones and killer clowns.

“Hallucinate” is the latest track lifted from Lipa’s hit sophomore album
Future Nostalgia
, following “Don’t Start Now,” “Physical” and “Break My Heart.”
Future Nostalgia
dropped March 27 and went straight to No. 1 in the U.K. and Australia, and peaked at No. 4 on the Billboard 200.
Watch “Hallucinate” below.

The Best Underlooked Matte Eyeshadows Missing From Your Kit