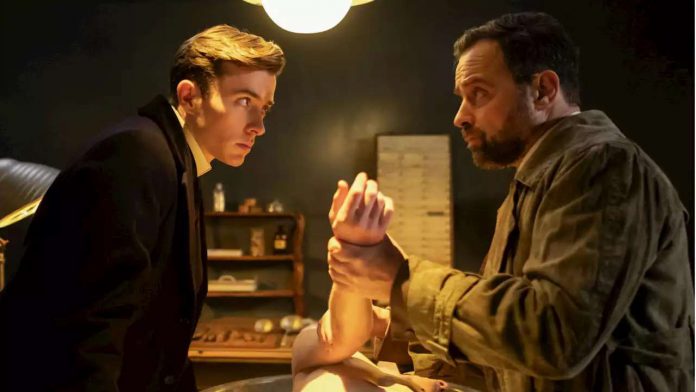 ) returns as Max Liebermann, while Austrian star Juergen Maurer (
Vorstadtweiber
) will continue portraying Detective Inspector Oskar Rheinhardt.
The first season of
Vienna Blood
was the No. 2 drama on BBC Two in 2019. On ORF, the first episode was the top-rated show of the year in the broadcaster’s Friday night primetime slot. On PBS, the series debuted this February. The series has been sold to a range of other countries, including France, Spain, Finland, China, and Japan.
Red Arrow Studios International, the distribution arm of Red Arrow Studios, is leading the co-financing of season 2 and will distribute the drama worldwide. Other funding partners include Televisionfund Austria, TV-Filmfund Vienna and Niederoesterreich Kultur.
The producers of
Vienna Blood
are Oliver Auspitz and Andreas Kamm for MR Film, and Hilary Bevan Jones and Jez Swimer for Endor. Executive producers are Steve Thompson, Carlo Dusi and Rodrigo Herrera Ibarguengoytia.

“Vienna proved to be wonderful to film in, and we are delighted that the city has opened up again following the coronavirus shutdown so that we can film there late summer,” said Bevan Jones.
Added Auspitz and Kamm: “All of us at MR Film are just delighted by the success of
Vienna Blood
. To get such great engagement from viewers around the world is fantastic, and we can’t wait to get started on the production of season 2 here in Vienna. Of course, ensuring the safety of our cast and crew is of paramount importance to us, and we are working with professional safety experts and officials to ensure that we adhere to every safety guideline and protocol, both on set and on location.”
Kathrin Zechner, director of programs at ORF, said: ”
Vienna Blood
has forged a strong co-production bond between Austria, the U.K. and Germany that not even Brexit and not even a pandemic has been able to break.”

11 of Our Favorite Nike Sneakers Just Went on Sale So...