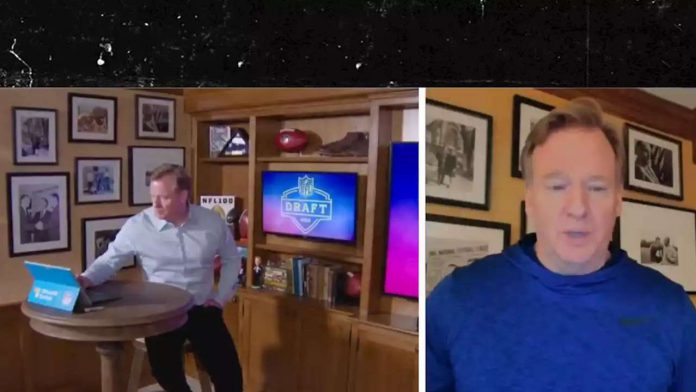 @GMA
“We’ve turned this into a mini studio. There will be 3 people in here with me [during the NFL Draft].”
So, what’s in Roger’s man cave? Some football books, football bobbleheads, old cleats, signed footballs, an American flag.
Rog says he’s been testing out his Internet connection and his technology and insists”it worked pretty well last night.”
There’s more … Roger was also asked if the NFL season is in danger of being canceled.
“One thing I’ve learned about what we’re going through as a country is you can’t tell a week from now, much less 3 months from now. Our job is to be ready. We’ll be ready to make alternatives … we’ll be putting public safety #1 as we always do and make sure our fans, our players, everyone are able to be in a safe environment.”
Translation — who knows?!

The Oscar-Winning Film Hair Love Is Being Adapted for TV

7 Tips for Taking a Nap That Won’t Mess With Your...