Home Woman The Durrells star Josh O’Connor said the Queen is a fan of... 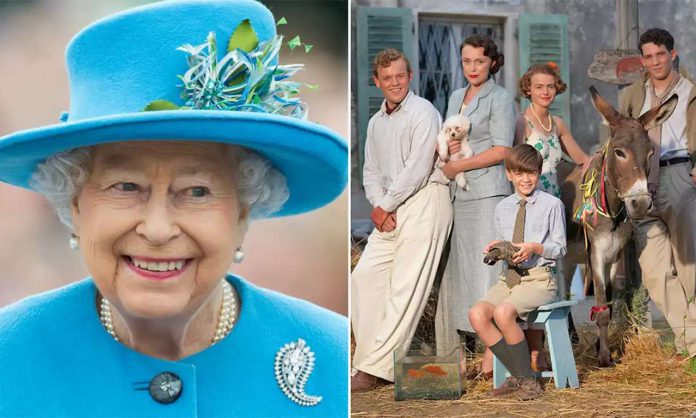 July 12, 2020 – 18:31 BST Emmy Griffiths Fans of The Durrells have at least one thing in common with the Queen – as she is also a huge fan! According to Josh O’Connor, who plays Larry Durrell in the ITV drama, Her Majesty loves tuning into the show, and even approved of the actor to play her son, Prince Charles, on Netflix’s The Crown.
MORE: Netflix’s The Crown announce major change to future of show

The Queen is reportedly a fan of the ITV show
Chatting to Radio Times about the monarch’s interest in the series, he said:”A crew member [from the The Crown] came to me one day and distracted me by talking about The Durrells. Previously, they had taken a photo of me [in character as Prince Charles] and sent it to someone, who’d sent it to someone else, who’d then sent it to someone else. As they were explaining it, I’d lost interest about who’d the photo had been sent to.”
READ: Strictly’s Natalie Lowe talks replacing Bruno Tonioli as a judge in new series

ITV are re-airing the comedy drama on Sundays
He continued: “The crew member said that someone who saw the picture told him, ‘I loved him in The Durrells, it’s one of my favourite shows.

I just said, ‘Oh, that’s good,’ thanked him and walked off. They said it was the most under-appreciated reply to their story. Because the fan they were talking about was the Queen. This crew member has managed to get this picture of me to the Queen who’d said that she loved me in The Durrells! The real life Queen. So we have another fan! It was a great thing for us. We were so pleased.”
Fans of Josh O’Connor and The Durrells can rejoice as ITV are airing the popular show all again! On Sunday, the channel are set to continue airing series one, which first aired in 2016, so audiences can relive the magic, and new viewers can enjoy if they missed it the first time around. The comedy-drama, set in Corfu, is set in the 1930’s and tells the story of the family’s adventures living on the Greek island. Alongside Josh O’Connor, other stars in the cast include Keeley Hawes, Milo Parker and Daisy Waterstone.
Like this story? Sign up to our newsletter to get other stories like this delivered straight to your inbox.

Matt Damon Is Involved In A Lot Of Feuds According To...