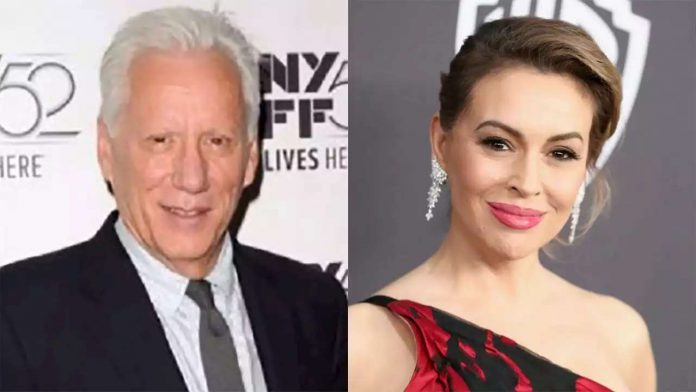 Conservative actor James Woods was quick with a response Thursday after left-leaning fellow thespian Alyssa Milano decried the recent surge in gun sales in the U.S.

NRA FILES LAWSUIT AGAINST CALIFORNIA OVER ‘TARGETING’ OF GUN STORES AMID CORONAVIRUS LOCKDOWN
“We have to keep each other safe by social distancing and washing our hands and not bringing dangerous firearms into our homes,” she wrote, adding the hashtags, #StopTheCoronavirusGunSurge and #NoRA.
In his reply, Woods suggested some gun buyers may have very pragmatic safety reasons for planning weapons purchases.
“Thank you for the reminder,” Woods wrote to Milano in retweeting her post. “When the looting starts, always be prepared. Buy more ammo!”
Some recent news seemed to back Woods’ concerns.
With many businesses closed and Americans struggling to find items they need amid the outbreak, reports of burglaries and other crimes have been in the news.
In California, authorities in Stanislaus County said this week that 10 suspects had been charged with looting, which refers to thefts that occur during emergency situations.

Police in Modesto say a man and woman were recently seen in a store parking lot pushing a shopping cart containing about $400 in items for which they allegedly hadn’t paid,
the Modesto Bee reported
. The woman was arrested but the man remained at large.
James Woods offered a different perspective Thursday after Alyssa Milano spoke out against a recent spike in U.S. gun sales.
In another incident, police arrested two men who allegedly broke into surrounding businesses so they could access the ATMs at a Wells Fargo Bank branch, the Bee reported.
In New York City, police say burglaries at commercial addresses have risen 75 percent since March 12, when Mayor Bill de Blasio declared a state of emergency,
The Wall Street Journal reported
.
Seattle has seen burglaries rise 21 percent, including an 87 percent spike in the city’s downtown area, police recently told

What Does ‘Vintage’ Even Mean Anymore?

Ariana Grande Is A President That Can Do Both In ‘Positions’...