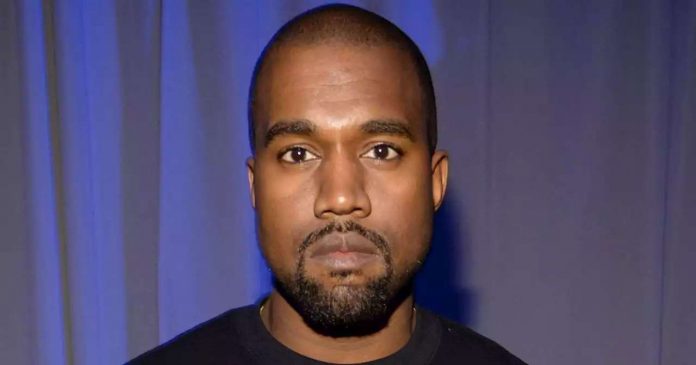 The rapper, 43, is reported to be hiding out in a secure area of his Wyoming ranch out of reach from wife Kim Kardashian and her famous family after blasting them in a series of tweets

‘Paranoid’ Kanye West is hiding out at a secure bunker at his £11.82million ranch in Wyoming as he ‘doesn’t trust’ his famous in-laws, sources have claimed.
The rapper is said to have taken cover after sending out a series of late night tweets about wife Kim Kardashian and her family.
Dad-of-four Kanye, who is currently running for US president, ranted about Kim’s sex tape, her Playboy cover and how they almost aborted daughter North. He also accused Kris Jenner of trying to ‘lock him up’ like the main character in horror film Get Out.
After deleting all of his posts, Kanye is now said to be holed up in a secure area of his country estate as he awaits the Kardashian’s response.
His compound is said to be the perfect hideaway with an underground bunker, a panic room purposefully built for the family to go to in an emergency that is stocked up with food, an insider told The Sun.
They added: “Kanye’s surrounded himself with a small group of people he trusts, and he doesn’t trust Kim or her family.
“He changed his Twitter and social media passwords last week to lock everyone out.
“He’s very paranoid and is convinced that he needs ‘protection’ from Kim and Kris – even though they’re only trying to help him.

It comes after Kanye said he was banning Kris Jenner from seeing his children and ordered wife Kim to call him.
Taking to Twitter in the early hours of Tuesday morning, Kanye said: “Kriss don’t play with me you and that calmye are not allowed around my children. Ya’ll tried to lock me up.”
He also shared a sreenshot of a text to Kris that read: “This is Ye. You ready to talk now or are still avoiding my calls.”
“Kriss and Kim call me now,” he captioned the screenshot.
He added: “Everybody knows the movie Get Out is about me.”
Kanye continued: “Kim was trying to fly to Wyoming with a doctor to lock me up like on the movie Get Out because I cried about saving my daughter’s life yesterday.”
It followed Kanye’s rant at his campaign rally in which he claimed that he and Kim considered aborting her first pregnancy until he had an intervention from God, which gave him the clearance to go through with the birth of their daughter North in 2013.
Mirror Online has contacted representative of Kanye for comment.

Prunella Scales can still work but has lost virtually all short-term...