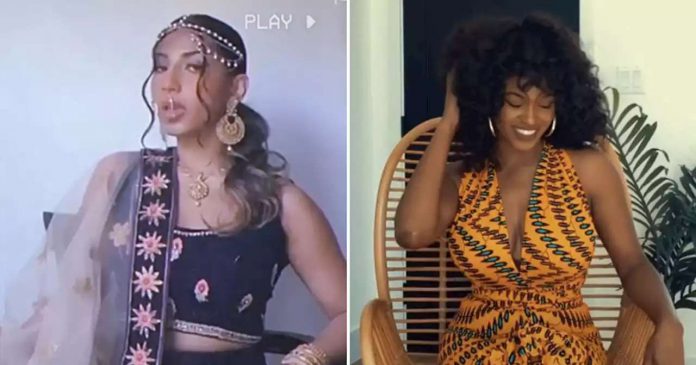 A meaningful TikTok trend is inspiring people to rep their heritage.

. Then, the trend took on new meaning.
In late June, Houston-based model Milan Mathew
shared her own”Hot Seat” video
that saw her swap out of her crop top and jeans and into a traditional outfit representative of her Indian heritage, including an embroidered lehenga, headpiece, and nose ring.”Haven’t seen a brown girl version to this so,” Milan wrote in her caption at the time. The original video has since received two million likes, and Milan has gone on to share several additional versions.
Not long after, others started sharing their own takes in what is now being referred to as the Bad Thing Challenge by flaunting traditional Vietnamese, Nigerian, Georgian, Korean fashions, and more.

I think it was me embracing my culture that made people want to actively and openly embrace theirs, too,” Milan
with
Nylon
.”I had the confident vibe and I was building up a community. It’s good to see you don’t have to change your culture or be assimilated in a certain way to be accepted by society.” See many beautiful iterations of the trend ahead.
Related:

All the Photos of Megan Rapinoe Alex Morgan and More at...

20 Things Every Pregnant Woman Will Need to Survive a Summer...

Our Anxiety Is Rooted in the American Way of Over-Analyzing