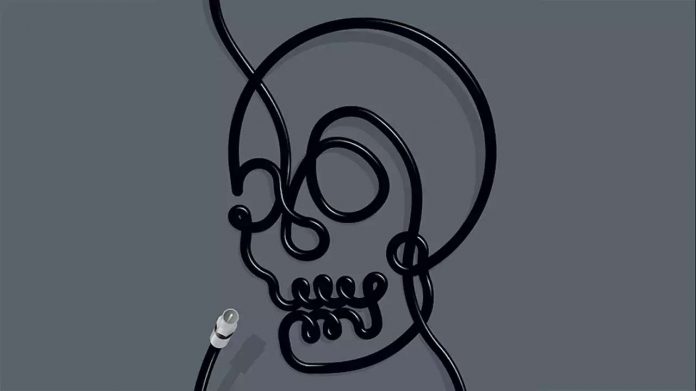 Earlier this year, people started noticing something peculiar about MTV’s schedule: The network had quietly morphed into an almost 24/7 offering of just one show. At one point in late June, “Ridicu…

TNT
, down 14%.
Until recently, it was cable that drove much of the entertainment industry’s bottom line. Those networks printed cash for the conglomerates, which is why the parent firms were so eager to build up their suite of channels. When Disney bought ABC in 1995, ESPN was the big prize. By 2001, cable distribution was so valuable that Disney paid a whopping $5.3 billion for the Fox Family Channel — rebranded first as ABC Family and now known as Freeform. When Viacom and CBS split in 2006, Viacom was seen as the better bet because of its channels.
Cable paid top dollar for movie packages and off-network broadcast shows, further enriching the ecosystem. As the cash grew, cable could afford pricey sports rights and original series, giving channels reasons to increase their subscriber fees. It was a growth cycle with no limit. Or so it seemed.
Lola Dupre for Variety
But even before the disruption of streaming, signs of trouble emerged. Distribution hit a wall as the domestic customer base was tapped out. That led to more clashes between multichannel video programming distributors (aka cable and satellite providers) and media conglomerates desperate to make up for losses by jacking up (or even holding steady on) those subscriber fees.
As the MVPDs and entertainment companies battled, they were distracted from coming up with a plan to fight the imminent OTT threat: First from Netflix, then from Amazon and now even from Apple. And so the declines continue — to what level, no one is quite sure.
“Where’s the future? Where are we going?” asks Mark Stern, the former president of original content at Syfy. “I think that where we’re headed is obviously into this on-demand, nonlinear space.”
Adds Henry Schleiff, group president of Discovery’s Travel Channel, Investigation Discovery, American Heroes Channel and Destination America: “I think [cable pioneer] John Malone’s initial dream back in the ’80s of a 500-channel universe, which we’ve long surpassed, has already come and gone. It was a great dream and a wonderful place to live in. I think the consolidation you’re seeing now is what you’ll see in the future.
The decline of cable isn’t a new story, but what has started to take hold is a change in narrative inside the industry. Rather than try to prop up what they all know to be a decaying linear business, cable executives are instead focusing on their still-healthy intellectual properties and the brands behind them.
Some of those cable brands are even aiming to carve out a space in the streaming world, like FX on Hulu, National Geographic on Disney Plus and the Turner team’s involvement in HBO Max.
“You’re just doing everything you can to run in place as a basic cable network,” says FX Networks CEO John Landgraf, explaining why creating an FX on Hulu portal, which includes original programming not aired on the linear channel, is necessary to grow the FX brand. “It allows us to maintain — even increase a little bit — our investment in our programming for our linear channels … but where all the growth from investment in the television industry is, is in streaming.”
Then there’s ViacomCBS, which has basically been telling people to stop thinking of it as a collection of channels and instead focus on the company as the steward of a wide variety of programs and IP. “I think more and more we look at each of those brands as content factories, as makers of content for a particular group or demographic or psychographic group that exists beyond the cable channel,” says CBS chief creative officer David Nevins.

For all this hand-wringing over the death of cable, former Fox and WGN exec Peter Liguori says there’s no longer any such thing as a typical linear cable channel — and that’s fine: The business has already evolved. “As OTT takes over, you see how the great cable networks, the FXs and HBOs of the world, still maintain their brands, but are very much content creators more than they are necessarily just the old networks.”
That leads us back to MTV and “Ridiculousness.” When asked about the program’s wall-to-wall scheduling, execs there say we’re missing the point: The linear network is just a single sliver of their business, as MTV fare might be found on Facebook Watch (like a “Real World” reboot), or Quibi (“Punk’d” and “Singled Out” reboots), or Pluto TV (which features multiple MTV-branded channels). Most recently, ViacomCBS announced a revival of MTV’s “Beavis and Butt-Head” that will run on Comedy Central.
“We continue to think of cable as just one piece of our ecosystem,” says Tanya Giles, the general manager of ViacomCBS’ entertainment & youth group. When it comes to finding an audience for old-school MTV, particularly during the pandemic, Giles says “Ridiculousness” grew the network’s frequency and time spent viewing the more it was added to the schedule. “We went from people coming one to two times a week to nearly six times a week to watch ‘Ridiculousness’.… Particularly when COVID hit, now there’s a lot of people at home. We knew that this was a show that many generations could watch. It cut across different genders; it’s laugh out loud; it’s escapist.”
Although not to the extreme of “Ridiculousness,” MTV isn’t the only network to now rely on a steady binge of a handful of repeatable shows to keep the lights on. That’s led some to wonder if cable TV has already turned into a collection of “barker networks” — like those channels you find in a hotel room, promoting their offerings on a loop.
At its height during the 2000s, basic cable is where the entertainment giants were pouring their money, and the buzziest successes came from broad entertainment networks — USA, TNT, FX and AMC — which offered scripted originals that in quality bested most shows on the broadcast networks and rivaled those on HBO and Showtime.
Indeed, it wasn’t that long ago that AMC’s “The Walking Dead” blew away anything on broadcast or cable, in 2015 averaging a whopping 13.2 rating among adults 18-49. And even now, Jerry Leo, who oversaw programming strategy at Bravo and Oxygen until last year, cites the ratings success of ESPN’s “The Last Dance” and Paramount Network’s “Yellowstone” and TLC’s 2020 ratings dominance (thanks to “90 Day Fiancé” and its multiple spinoffs) as proof that cable TV can still draw audiences.
Lauren Zalaznick, the former NBC Universal chairman who ran several of the company’s cable channels and its digital networks, says, “Someone has to be defending this beautiful, money-making, not-growing area of the business.”
Law & Order: Special Victims Unit: Virgina Sherwood/NBC; Suits: Watson/USA Network; TV Plugs: Maxim Sergeenkov/Alamy Stock Photo
Zalaznick thinks it would be foolish for the content companies to abandon their once-vaunted cable channels solely in pursuit of the elusive streaming dragon.
“It seems ugly and messy and not fully baked to chase something much smaller with only one revenue stream,” she says. “Advertisers still need to advertise! Do you want to put yourself in the place that newspapers found themselves, with no advertising and hardly any subscribers? What signal do you want to send your customers if you completely defund and make unattractive the place you get half your money?”
Van Toffler — who ran MTV for years, and until 2015 was the president of Viacom Media Networks — is familiar with cable channels being counted out. “People said MTV was dead every three years. And then we’d have ‘Beavis and Butt-Head’ or ‘The Osbournes’ or ‘Jackass’ or ‘Punk’d,’” Toffler says.
But a lot has changed since then. And now comes COVID-19 and further uncertainty about where that puts linear TV. Leo thinks the coronavirus-triggered production shutdown, as well as the economic impact of the recession, will be profound. “The whole playbook has completely changed since the pandemic,” he says.
Those financial pressures will, Leo posits, put the cable networks that were able to produce new shows during quarantine — TLC, Food Network — in even stronger positions. “They have this machine that looks pretty unstoppable right now; to be surging this much in this cluttered environment is remarkable,” he says.
Ironically, during cable’s height, niche channels without scripted shows — such as Food Network and HGTV — were out of favor.

But now, the more specific, the better, Stern says: “I think a big piece of this is, do you have a brand that is distinct?”
Food Network, for instance, saw ratings spike during the coronavirus quarantines and has been drawing its biggest audiences in years. “We’re in better shape than scripted,” says network president Courtney White, “and I also think we’re in better shape having such a well-defined brand and a very specific swim lane of food.”
Stern sees basic cable as retrenching and returning to its ’80s origins — “kind of niche, fighting for audience and trying to figure out where it fits,” he says. “A lot of basic cable is going to basically go back to where it started, which is lower-cost programming — unscripted programming.”
In fact, that has already happened: In a last-ditch effort to increase their subscription fees in the mid-2010s, several networks entered the scripted world, only to leave it again at the end of the decade: MTV, Discovery, Bravo, WGN America, A&E and E! Entertainment were among the networks that spent heavily on drama and comedy series before determining the investment wasn’t worth it. In the case of WGN and Pop TV, another network that is exiting the originals game, both earned raves for their brief dip into the waters of prestige TV — but ironically their shows weren’t seen until viewers found them on streaming platforms.
“Obviously, the rise of the streamers is a huge factor in this,” Stern continues, “but even before that, there was so much content out there that fighting to get eyeballs to your content was already starting to be a struggle.”
The studios’ business model, in which they would profit not only from domestic license fees but from DVD sales, international sales and, eventually, syndication — the total of which added up to an incredibly lucrative business — has mostly evaporated, compounding the economic pressures of scripted programming on cable.

This woman saw 13 doctors and

Lydia Bright cries the whole way to the doctors’ as daughter...

Ruby Rose Was Secretly Pushed Out Of Batwoman For On-Set Behavior?