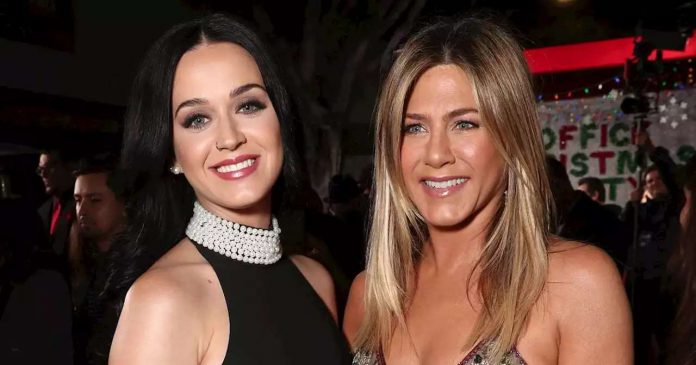 Jennifer Aniston is providing a shoulder for Orlando Bloom to cry on after he confirmed that his pooch Mighty has died.
The A-listers have been pals for years, and Jen is now putting her focus into helping Orlando and Katy Perry get through their tragic loss ahead of their daughter’s birth.
Mighty went missing last week, and Jen did everything in her power to bring awareness to the situation in a bid for the labradoodle to be found and brought home.
The Friends star – who was rumoured to become Katy and Orlando’s daughter’s godmother – used her Instagram platform, writing to her 34.8 million followers about the pooch’s disappearance.
She penned: “Let’s bring this little guy home,” as she helped heighten the search efforts.
Jen returned to Instagram the following day, sharing a snap of Orlando holding Mighty, writing: “This is Mighty. If ANYONE has seen this pup please call this number,” alongside a phone number connected with the search.
But horror struck on Tuesday when Orlando confirmed his missing dog has died.
What should have been one of the happiest times of his life, in preparation for his baby girl with pregnant Katy, has turned out to be a “waking nightmare”.
Heartbroken Orlando informed his fans he had found his late dog’s collar following a mass seven-day search for the puppy including two sniffer dogs.
The Lord Of The Rings star said he had cried more than he thought was humanly possible and turned over every hiding place in a bid to find his missing dog.
He wrote: “Mighty’s on the other side now. After 7 days of searching from sunrise to sunset and into the wee hours, today, the 7th day ~the number of completion~ we found his collar.

.
“I have wept more this week than I thought possible, which has been very cathartic and healing… I left no stone unturned, crawled thru all the man holes, under the roads, searched every back yard and creek bed.”
He continued: “Had two separate sniffer dogs do their best as well. I feel so grateful to have learned from my little Mighty man that love is eternal and the true meaning of devotion.”
In his lengthy tribute, Orlando gushed over his “soul connection” and “bond” with Mighty.
He added: “I feel sure he was looking down on me whistling in every back yard and knowing that I was doing all I possibly could to respect our bond. He was more than a companion. It was a soul connection for sure. I’m sorry. I love you. Thank you. RIP my MIGHTY HEART my little fellow A’s.
“Thank you to the community for allowing me to search through their yards for him and supporting my midnight walks. It was reassuring to see the best of people even in the worst of times.”
He concluded: “To the angels of @dogdayssar I’m forever in your debt. You ladies are heaven sent. Lastly thank you to @scottcampbell for the ink. I love you brother.”
Jen was among the first celebs to rush to the comments section, leaving a thoughtful message on Orlando’s post.
The actress penned: “The tears won’t stop. I’m so so so deeply sorry my friend. I love you.”
Do you have a story to sell? Get in touch with us at webcelebs@trinitymirror.com or call us direct 0207 29 33033

Timeline How Trump Has Downplayed The Coronavirus Pandemic