Home Woman Which countries could be added to the quarantine travel list next? 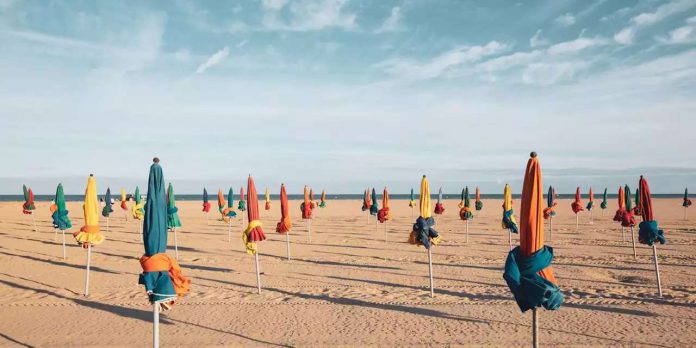 Which countries might you have to self-isolate for two weeks after returning from? As Spain joins the quarantine list, here’s what you need to know.

quarantine list
sometime soon?
Well, it’s hard to say for sure. But infection rates have been rising in some parts of Europe in recent weeks, with places like Belgium putting the breaks on reopening to try and curb a second spike. Other places like Italy, for example, have started to implement travel restrictions from certain countries with higher cases of covid-19, such as Bulgaria and Romania.
kiszon pascal
Getty Images
Of the potential for other places to be added to the quarantine list, a senior government source said:
“It’s a fast-moving situation and what has happened with Spain has shown that wherever there are data changes we will act quickly and change the travel advice immediately. So it’s fair to say other countries could go back on the quarantine list. You can see the evidence of where spikes are happening and that does tend to be reflected in the travel advice.”
*It’s worth noting the two-week quarantine rule aims to protect the United Kingdom against the spread of coronavirus, as opposed to being in place in an attempt to ruin holidays.
France
Currently, the number of new cases per 100,000 people in France , as a rolling two-week average, is 14.59 – almost identical to that of the United Kingdom. The country could be at risk of falling onto the quarantine list, should this get any worse.
kiszon pascal
Getty Images
French Prime Minister Jean Castex has already discussed the possibility of a second lockdown, to avoid aiding the spread of coronavirus, which means France joining the quarantine list is likely. Health ministers have suggested”prevention” was a priority, and local lockdowns will be imposed on areas where infections surge, including bars and restaurants closing.

“What we must avoid above all is a general lockdown,” Olivier Véran
. “Such a measure breaks the spread of the epidemic, certainly, but it is catastrophic on an economic and social level, including for the psychological health of some of our fellow citizens.”
Germany
“The second wave of coronavirus is already here,” Kretschmer, a member of Angela Merkel’s Christian Democrats, said on Saturday, which is, er, less than encouraging.
While the 14-day rate of new cases in Germany per 100,000 is considerably lower than in the UK, the country’s R rate also rose above 1 at the weekend. Up from 0.93 on Thursday, it hit 1.08 on Saturday, which health authorities have blamed on large gatherings and returning travellers.
Getty Images
Health minister Helen Whately said the situation with all holiday destinations was ‘under review’, and countries were the situation was developing quickly would be removed from the ‘safe list’. She told Sky news:
“We have to keep the situation under review and I think that is what the public would expect us to do. If we see rates going up in a country where at the moment there is no need to quarantine, if we see the rates going up, we would have to take action because we cannot take the risk of coronavirus being spread again across the UK.”
Croatia
On July 11 Croatia registered its highest ever daily rate – 140 cases, while their number of cases per 100,000 (on a two-week average) is 27.46 – almost double that of the UK’s. Currently, though, the Foreign Office is not advising against travel to Croatia, and you wouldn’t need to quarantine on your return.
The following countries have seen 6 or fewer new cases of Covid-19 per 100,000 people over the last fortnight (via