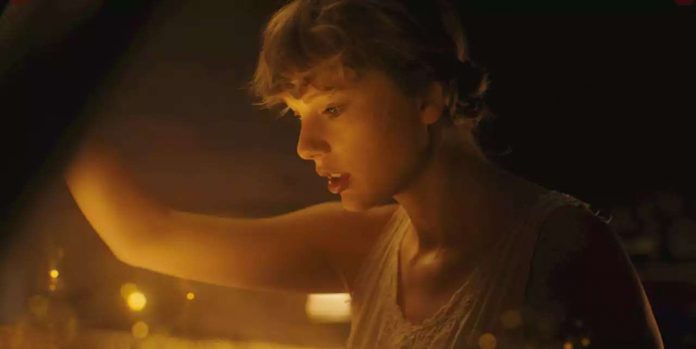 Never has a piece of clothing caused more fan theories.

of 12
Music Saving Swift From Drowning
At one point, Swift appears to be drowning in stormy waters. But she grips onto her piano for dear life, perhaps referencing the ways music has saved her in challenging times.
YouTube
of 12
Gold Representing Alwyn
When Swift escapes the choppy waters, she opens her piano to find swirling gold luring her back to home base. Eagle-eyed fans will remember that Swift often associates Alwyn with the golden hue. In the song”Daylight,” Swift sings,”I once believed love would be (burnin’ red)/But it’s golden.

In”Dress,” she sings,”There is an indentation in the shape of you/Made your mark on me, a golden tattoo.” And in her new song”Invisible String,” Swift sings that”one single thread of gold” has”tied me to you.”
YouTube
of 12
Finding Herself Again After The Storm
Throughout the video, Swift finds herself in different landscapes—some are green, others are nautical. But she begins and ends the video at that same old house.
,”I think this means no matter what she went through she got back to her old self.”
YouTube

All The Super Impressive Legal Causes Amal Clooney Has Championed