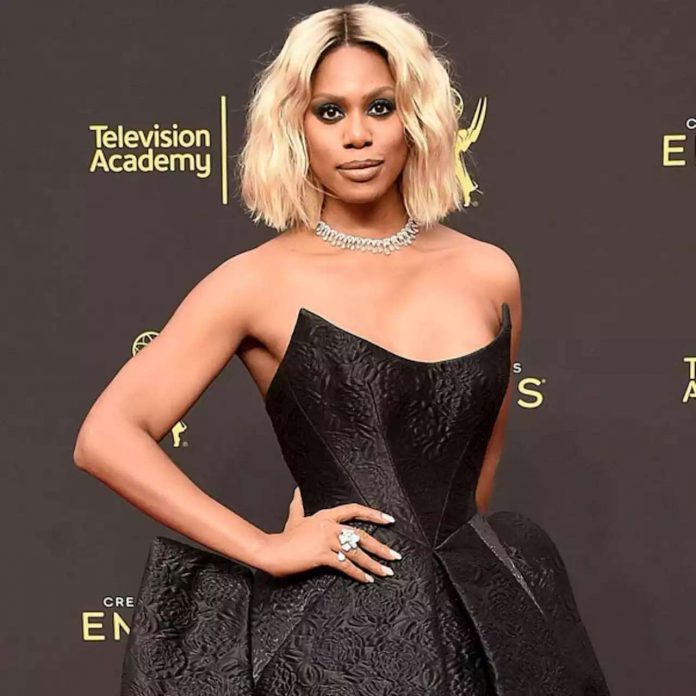 Laverne Cox tells E! News that she was totally shocked when Leslie Jones told her she was nominated for an Emmy at the end of the Emmy nomination livestream.

Both Cox and Jones clearly reacted with joy when
Zendaya
‘s name appeared in the nominees for Lead Actress in a Drama, and Cox has nothing but praise for the
Euphoria
star.
“I love her work, and I think that that show is so groundbreaking and so raw and so many ways, and where she goes in that performance is just exquisite, and congratulations Zendaya. She so deserves it.”
Cox also gave a shout out to Jeremy Pope, who was nominated for his role in
Hollywood
. She said she tried to keep a straight face while reading the nominations, but it’s hard when you know how exciting this moment is, especially for first-time nominees.
Emmys 2020: Dan Levy, Sterling K. Brown and More Stars React to Their Nominations
“I love television, and I love actors, and I am just so grateful that I get to do this,” she said. “I don’t take moments like this for granted. When they asked me to do this, I was like, ‘yes!’ It was a dream of mine to be nominated for an Emmy, to win an Emmy. It’s a dream that I’ve had for a very long time, and I just think about the little kid growing up in Alabama that I was, dreaming of moments like this, and so in honor of that little kid who still lives inside of me, I’m just humbled and insanely excited that I even get to present and that I get to be a nominee again.

The little kid is very, very, very happy.”
Netflix
Like the rest of us, Cox doesn’t know what the future holds for the Emmys in terms of how it will be able to air, but she knows she’ll miss all the usual things that go along with an award show.
“That’s part of the whole thing, is giving and serving up looks. I haven’t done a red carpet in so long. I miss red carpets. It’s so much work and they’re stressful, but it’s fun,” she said. “I’ve been a fan of award shows for a very long time, and the red carpet stuff is the best part sometimes. It’s like watching E! Live From the Red Carpet, it’s part of the whole process. Somebody’s gotta figure something out. We need glamour!”
That said, don’t you dare think Cox won’t be able to serve us a look even if the whole ceremony takes place on Zoom. Just take a look at what she’s wearing in the video above!