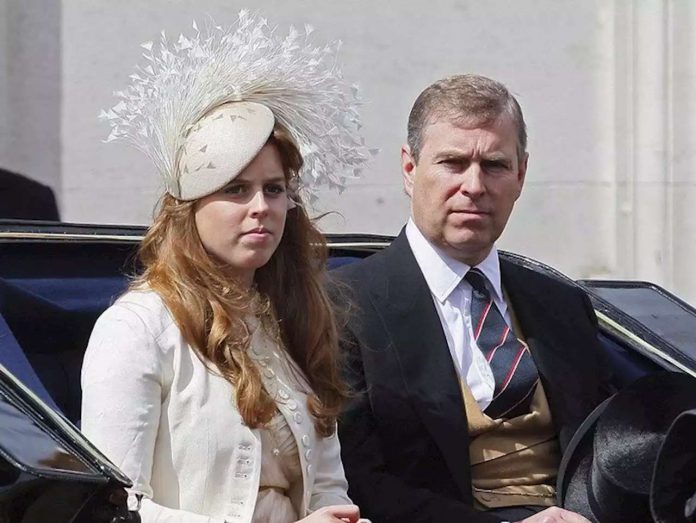 Was Prince Andrew expunged from his daughter Princess Beatrice’s wedding? One tabloid is claiming he was absent from the official wedding photographs over his ongoing scandals. Gossip Cop has the full story.

expunged from his daughter
Princess Beatrice
’s wedding? One tabloid is claiming he was absent from the official wedding photographs over his ongoing scandals.
Gossip Cop
has the full story.
On July 17, Princess Beatrice got married to Edoardo Mapelli Mozzi at an intimate ceremony in Windsor.
In Touch
is reporting that the Princess’ father, Prince Andrew, was deliberately not photographed as a means of distancing the royal family from the ongoing scandals involving the Duke of York. The tabloid claims “She’d already canceled her wedding more than once because of” Prince Andrew, and, a source claims, “Beatrice couldn’t fully enjoy her big day because of the black cloud hovering over the family because of her father.”
What’s peculiar here is that the tabloid admits the prince was in attendance: “While Andrew walked his daughter down the aisle, he was conspicuously absent from the official wedding photos.” It would seem to
Gossip Cop
that a bigger scandal would be if Prince Andrew hadn’t been asked to the wedding at all, but the tabloid agrees that he was.

Gossip Cop
can’t get into the head of Princess Beatrice and find out that she really was hurt on her wedding day because of her father, but we can take issue with the details of this story.
Let’s go over the complete list of people in the official wedding photos: Princess Beatrice, Mozzi, Prince Philip and the Queen. That’s the entire list. There are no photos of Princess Beatrice’s mother, Sarah Ferguson, or her sister, Princess Eugenie either. There have only been a handful of official wedding photos released thus far and they are quite limited in their scope. This shady source should have noted this, for Prince Andrew was not the only one excluded from official photos.
According to the sources who spoke to the far more reliable
People
terribly happy
. They’re besotted with each other.” That does not sound like a couple with a dark cloud over their head. It’s always possible that no family photo was released because of the ongoing scandals, but it looks like the couple only wanted to release photos of themselves and the Queen, of course.
OK!

LeonardoDiCaprio and his girl