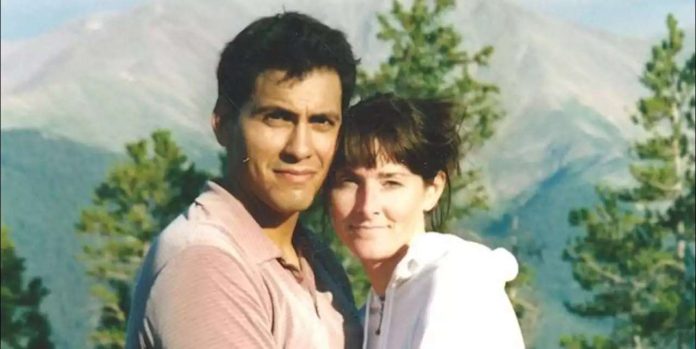 We both love and hate this Netflix show (so many unanswered questions!)

Netflix
show we love to hate – namely because it leaves us with thousands of questions unanswered and keeps us up at night theorising about what went on.
The first episode of the series, ‘Mystery On The Rooftop’, tells the story of Rey Rivera, who was reported missing under strange circumstances and found dead in a hotel almost a week later. While authorities don’t have a definitive answer about what happened, the Netflix show seemingly poses a question mark over the head of his lifelong friend and co-worker Porter Stansberry.
Porter is mentioned a lot in the show, but neither he nor his employers appeared in the documentary or were suggested to have supported the case.
Netflix
But one thing we don’t see in the show is that Porter actually did talk to
Unsolved Mysteries
co-creator Terry Dunn Meurer, but refused to do so on camera.
“I actually personally spoke to Porter Stansberry and asked him to interview for the episode. We had a long conversation and he declined to be interviewed, ultimately,” Terry said on the show’s podcast,
.
”
He said that they recommended to their employees to not speak to the media because they wanted the entire situation to just kind of die down and not make it a big media event.

“He would say he didn’t put a ‘gag order’ on his employees but in the piece, as you know, Mike [Michael] Baier, the detective, tried to reach out and couldn’t get co-operation from many of the people he tried to speak to,” she continued.”So, I think that Mike felt like he hit a brick wall.”
Netflix
Terry also revealed Porter did initially speak to the media over Rey’s disappearance, adding,”One of the things that was very troubling to [Rey’s wife] Allison that she told me about was that [Porter] did speak to the media very early on,” she added,”but what he said was Rey and Allison had been in therapy, which was not true, that Rey had some psychological issues which was not true.
“There is no one that we spoke to that supported that idea and Allison was very troubled by the fact that Porter would say that to the media.”
Watch Unsolved Mysteries on Netflix now.
Like this article?

Will Grace Series Finale How NBC’s Groundbreaking Sitcom Wrapped for the...