Home Woman At Least 70 Dead After Massive Explosion In Beirut 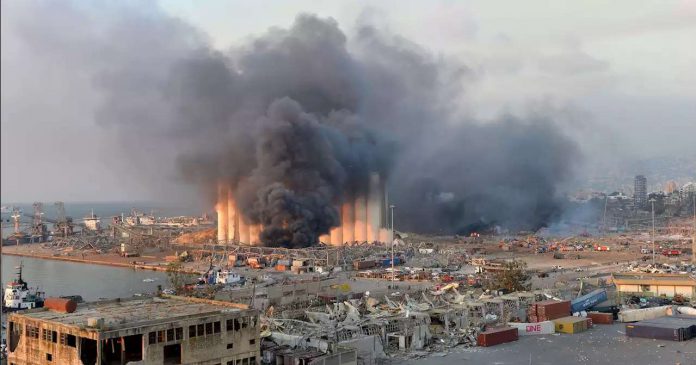 An explosion shook Beirut on Tuesday, causing widespread damage both to the city’s port and elsewhere.

, with the rumble reaching as far as Cyprus. Lebanon’s prime minister, Hassan Diab, has officially declared it a day of mourning.
So far, at least
70 people are dead
and more than 2,750 injured, according to the health minister, with numbers rising steadily. The explosion happened in the evening local time, and several hours later, the cause is still not fully known. The chief of Lebanese general security, Abbas Ibrahim, said the blast might have been caused by explosive material that was confiscated and stored at the port years ago, according to the AP.

Ibrahim also called the talk of fireworks as the cause of the event”ridiculous,” as the impact is far greater.
Advertisement
The devastation happened amid an already overwhelming time, with Lebanon’s economy facing collapse. Many in the country have already lost jobs, and the prices of goods have tripled while the value of the national currency continues to fall. In addition, the coronavirus pandemic has forced people even further into poverty. All the while, tensions continue to rise

Linda Lusardi says coronavirus could be ‘man-made’ after fighting for her...